I think that once there is more content on TV in 3D and the tech in 3D TVs and glasses gets cheaper we will see a bunch of folks moving to 3D sets. I think the tipping point will be when all sets are offered with passive glasses and sets needing no glasses start trickling out. Until then if you want to play some video games on your 2D monitors in 3D the TriOviz glasses will let you do that. 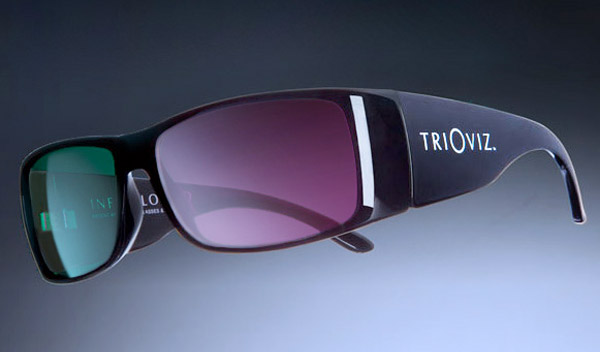 The glasses have slightly red and blue lenses like the old-fashioned 3D glasses we had when I was a kid. The glasses work in conjunction with the TriOviz Games SDK to allow the developer to program in 3D effects that can be seen on a 2D TV. Naturally, the catch is that the game has to use the SDK. So far the only two games being offered are versions of Batman: Arkham Asylum and Enslaved, as well as a single 3D movie, Battle for Terra.

There have been a number of games come to market over the years that had red and blue lens 3D glasses and sought to make 3D effects on a normal TV. None of them every worked particularly well and I suspect the TriOviz will fall into the same category. Who knows though, what do you think?