I have to say that designboom’s recent competition to inspire new laptop and tablet devices for Fujitsu [JP] has included some pretty cool concepts. The latest to surface is this hybrid tablet that would have a compact fold-out keyboard that could work in either orientation. 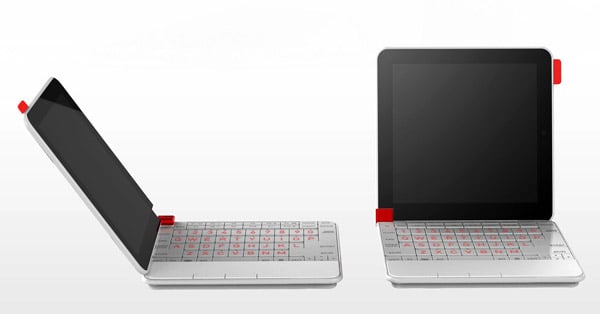 Designers Ma Yiwei and Tao Ying created the Anderson notebook to fit somewhere in-between the netbook and tablet form-factors, and I think they did a great job with their concept. The system would be about the size of a small tablet, but would have a cool keyboard module which could be used in either portrait or landscape modes. 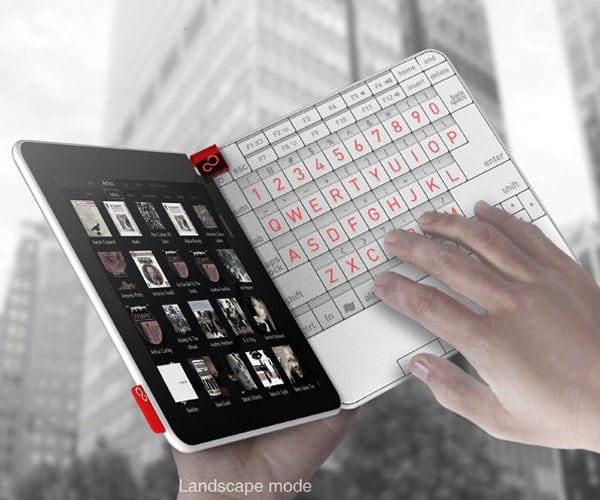 An ingenious 2-way hinge mechanism would enable the keyboard to flip between a notebook mode and a laptop mode. I’m a little concerned about how sturdy that hinge would need to be, especially if it needs to carry cables inside of it, but if the keyboard used Bluetooth to connect to the system, then that would be less of an issue. 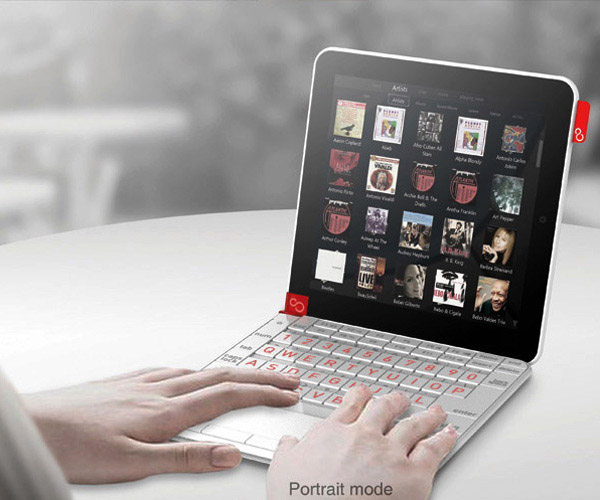 The entire system would measure in at just 6.5″ square, and about .67″ thick, even when closed. I guess that’s the other design concern I have. I’ve got big fingers, and have enough trouble typing on those netbooks with keys that are just a little smaller than normal ones. This would definitely not be a device that I’d want to write an essay on, but for quick emails and web surfing, it would probably be more than sufficient. 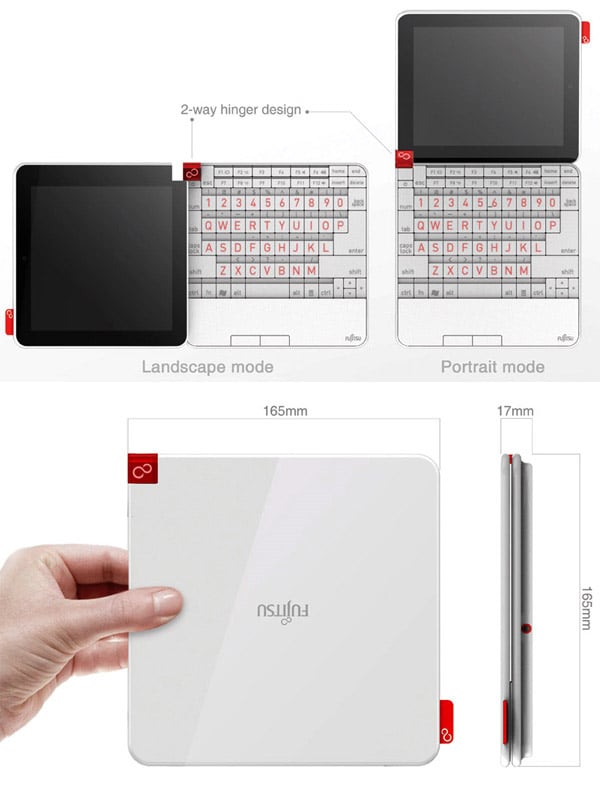 Like all of the concept designs featured in the Fujitsu Design Competition, this one will probably never see the light of day, but I’m hopeful that some of the ideas which these creative industrial designers have suggested might find their way into real products some day.