I’m jealous. Francesco over at Hobby Media [IT] is off roaming the aisles at the Tokyo International Toy Show while I’m sitting here in Chicago, working at an hour when I should be sitting on the couch watching bad TV shows. On his trek through the show, Frankie came across this little guy: 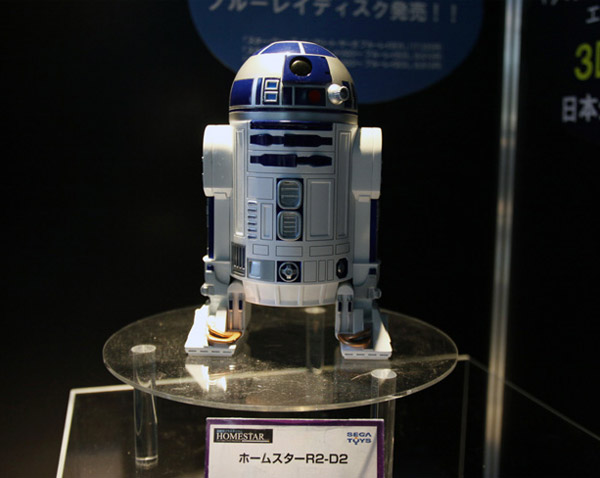 What you’re looking at is a very special R2 unit. This little R2-D2 actually contains one of SEGA Toys’ awesome HomeStar planetarium projectors in it. 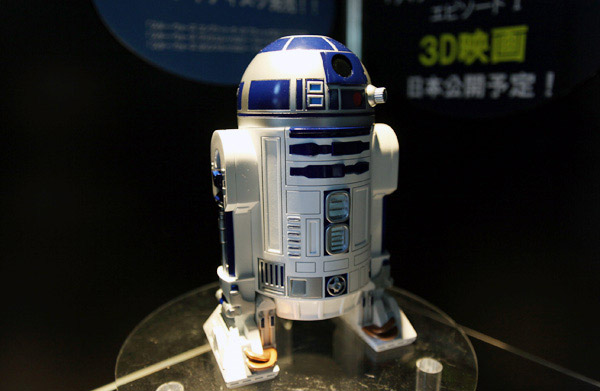 Instead of projecting a hologram of Princess Leia, this R2 projects over 10,000 tiny stars onto your ceiling. Unfortunately, it only projects our little old galaxy, The Milky Way, and doesn’t include Tatooine, Hoth, Coruscant or Alderaan. Oh yeah, there is no Alderaan anymore. Still, if you quint real hard, they were kind enough to throw in a tiny Death Star in the projection, so at least it’s got that going for it. 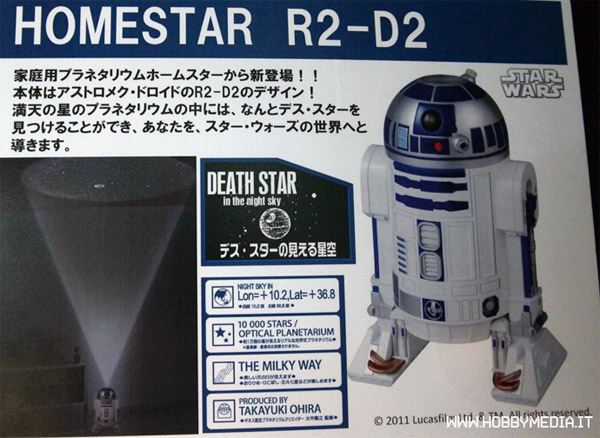 The HomeStar R2-D2 is expected to hit stores in Japan this September for ¥6825 (~$85 USD), after which point you’ll probably be able to order one from an importer, such as Rinkya, Japan Trend Shop or Gizmine.