20-Foot Floating Airship Replica: Is That a Blimp in Your Driveway?

This 20-foot dirigible replica was made by Jack Clemens and it took him two and a half years to build. Apparently his cat destroyed his first model. It goes to show you that cats can be vindictive! His second model was lost in bad weather. This is his third model and it’s a replica of the gigantic USS Macon. 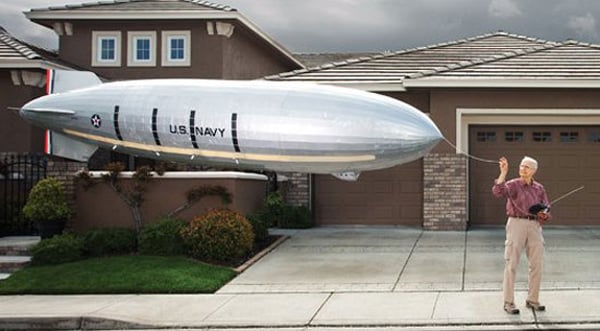 Yep, the US had airships back in the 1920s and 30s. The Macon served in the US Navy before going done in a storm in 1935. Jack’s model has a structure that mimics its 785 foot-long bigger brother. He used balsa wood sticks and Mylar for the skin of the airship, then filled it with helium, just like the original. His replica is RC-controlled and he hopes to donate it to the Moffett Field museum, where the original was docked. Jack is a retired computer engineer and saw the Macon regularly on his way to work. 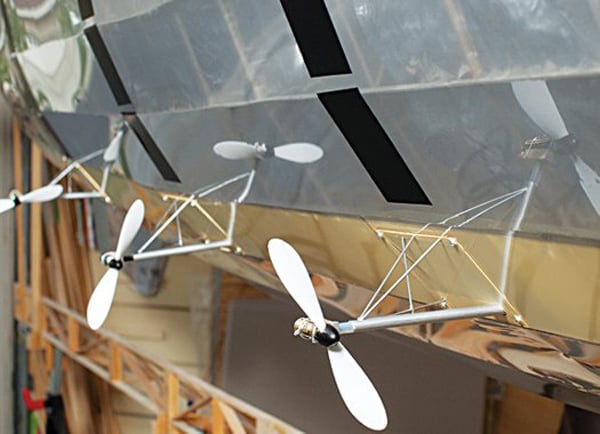 It’s not just because of Fringe that I like airships – ever since James Bond’s A View to a Kill and the Indiana Jones movies, you wonder why airships haven’t become popular again. Maybe because they travel slower than some people expect. I, for one, hope that we’ll have mainstream airship transportation soon again. 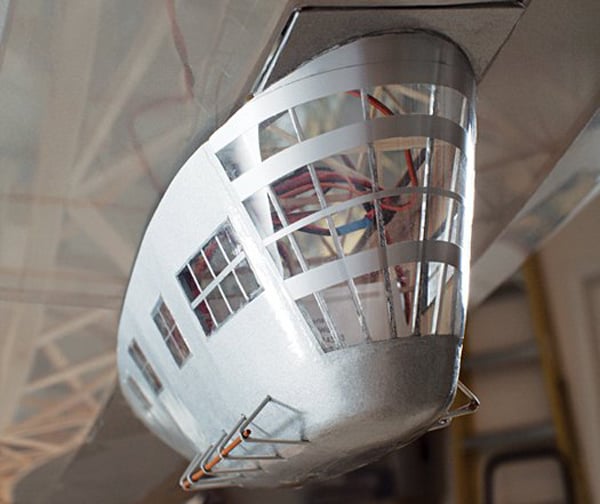