This must be one of the largest rocker switch arrays that I’ve ever seen (or is it the only one?). Needless to say that I hope Valentin Ruhry got a volume discount on all those rocker switches used to create his display since he used about 4,750 of them to make it. 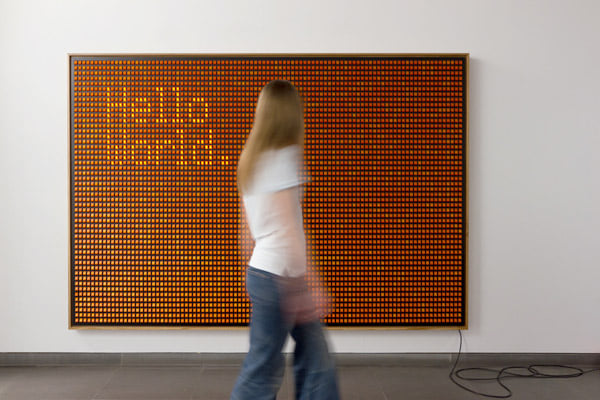 The display features a dot-matrix of illuminated rocker switches spelling out the classic programming test phrase “Hello World.” It’s is supposed to speak to the beginnings of modern technology and the visual language of minimalism. I like how even old technology like light-up switches can be hacked together to form a screen of sorts. 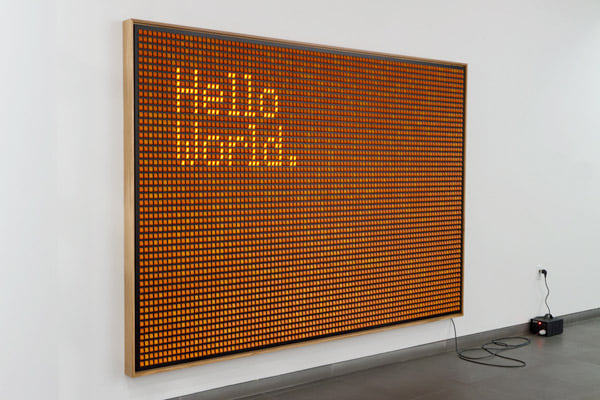 The switches can still be turned on and off, but I want to know if they let people flip the switches to show other stuff, or if they’ve got it locked down. It would definitely be more fun if it were interactive. 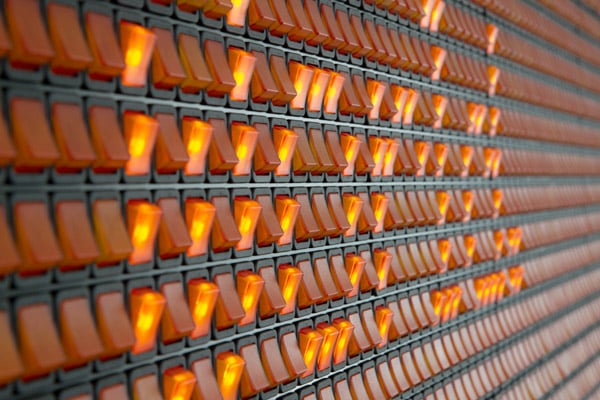 It’s part of an exhibition called Fünf Räume at The Austrian Cultural Forum in New York City, where you can view it until September 5th.

[via Triangulation via Colossal Art + Design and Make:]