You know me. I’m a sucker for computer casemods. Despite the fact that the Sputnik 0667 looks like some sort of Russian television from the 1950s or 1960s, it actually is a fully-functional Windows PC. 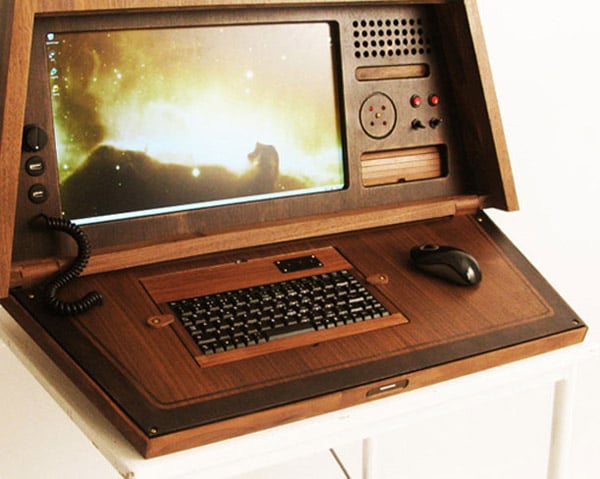 Swedish artist Love Hulten built the Sputnik 0667 as a labor of love, giving it a retro 20th century feel inspired by old wooden “hi-fi” radios. Actually the more I look at it, it feels like the love-child of an old radio and a Commodore PET computer, with those sharp angular lines and its trapezoidal display housing. The wooden keyboard and mouse surface folds up when not in use, and the back of the system even has that old-school perfboard ventilation found on older electronics. 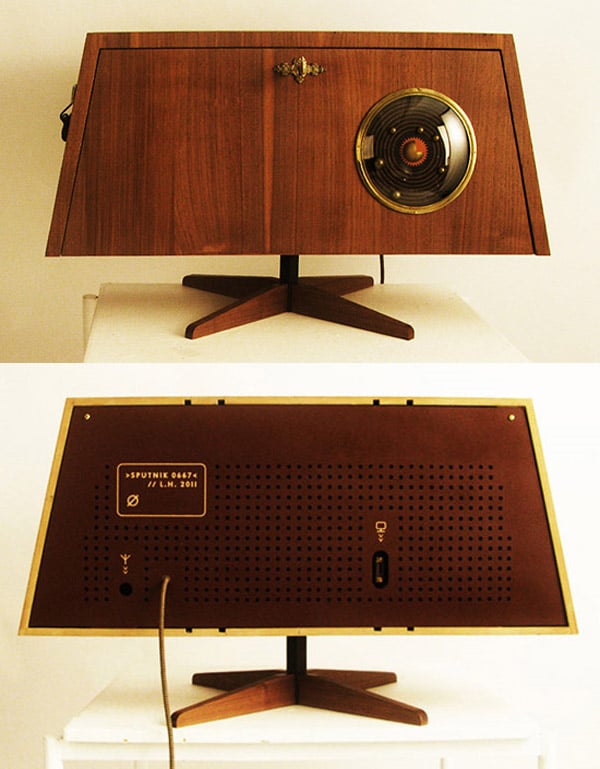 Hulten refers to the Sputnik 0667 as a “concept computer”, but from the looks of the screen there, there is a complete PC lurking somewhere inside there. As a matter of fact, under the hood is a Gigabyte GA-H55N-USB3 Mini-ITX mobo, an Intel Core i3 550 3.2GHz CPU, a Gigabyte GeForce GTX 460 GPU, 4GB of RAM and a 500GB WD hard drive. Here’s a screen of it running what surely looks like a Windows XP screensaver. Retro, indeed! 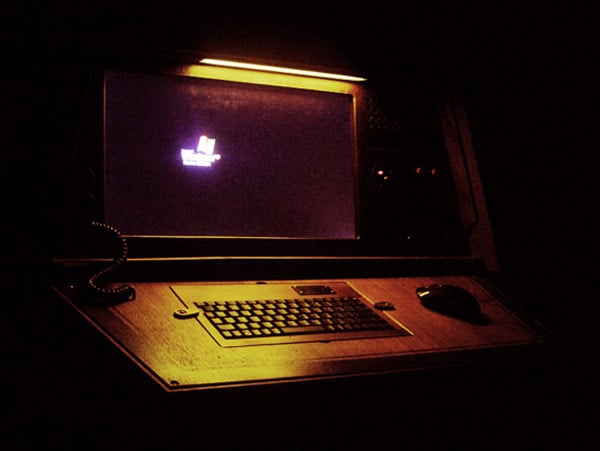 Perhaps my favorite thing about the Sputnik 0667 is the accompanying retro advertising campaign that Love took the time to create, echoing the style of the computer perfectly. If this were an actual system you could have purchased, this is exactly what the ads would have looked like: 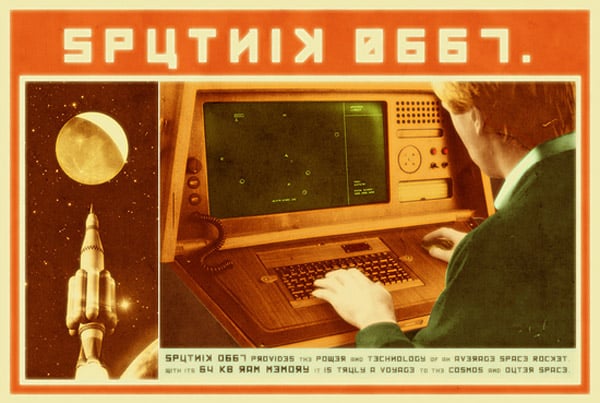 Gotta love that typeface and the old game of Asteroids on screen. Sure, Asteroids wasn’t around during the days of Sputnik, but that’s okay. The vector graphics are a perfect fit anyhow. And the Pièce de résistance… 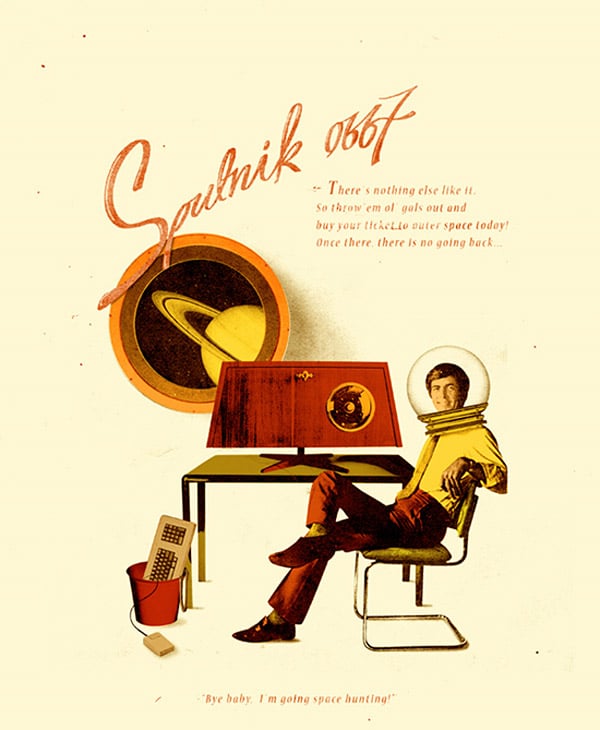 “Bye baby, I’m going space hunting!” And that goldfish bowl helmet? Priceless. Love, kudos on a brilliant job on the mod and it’s accoutrements. More details about this excellent mod can be found over at Sweclockers (in Swedish, of course), with the build log here.