Digital audio workstations like Reason, Ableton Live and Apple’s GarageBand have made it relatively easy and cheap to make music. But even though these programs enable users to create tunes literally at the push of a button, their interface can be quite intimidating. Which is why I’m quite intrigued by a quirky web app called Isle of Tune. It tries to make the act of creating music more approachable… by making it less intuitive. 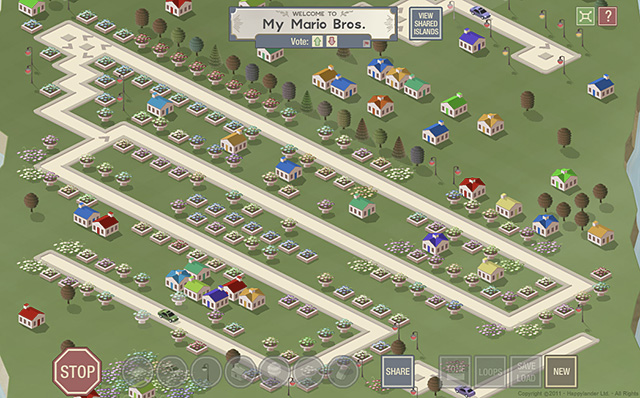 Above is an example of an isle of tune. Doesn’t look intimidating right? It kind of looks like one of Zynga’s Facebook games. But at the same time it’s not readily apparent how it makes music, because it kind of looks like a Facebook game. And yet it does make music! But how? In Isle of Tune, you lay down roads, which dictate the length and the progression of your musical piece. Then you place the “instruments”, which as you may have guessed are the flowers, streetlights, houses and other roadside figures. 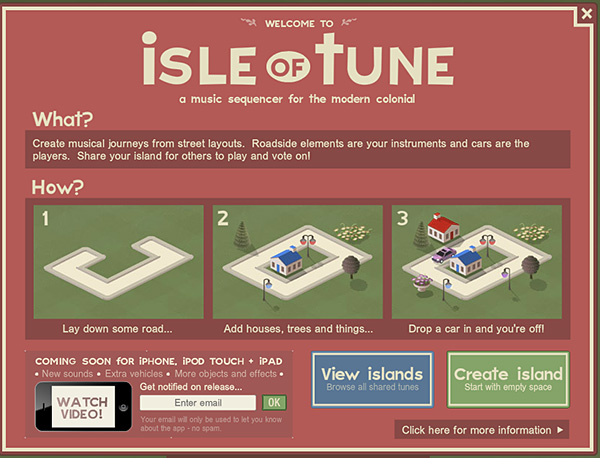 Weird right? It looks like a game, but it’s not. It’s actually a music sequencer, but it’s not a very intuitive and natural one. But I have to admit that it looks fun, and like casual games, Isle of Tune could serve as a gateway software of sorts for people to learn how to create music via digital means. The people behind it are working on an iOS app, but for now you can use Isle of Tune online. Feel free to share the landscape and music you make in the comments.