GLaDOS is that you? YouTube member evi1wombat made waves on the Internet a few years ago when he hacked a busted treadmill computer that had been discarded at the back of his school’s gym and made it play Still Alive, the soundtrack to the first Portal game. With Portal 2 out for a while now, it’s only natural for evi1wombat and his trusty Cybex to do a rendition of the sequel’s theme song: 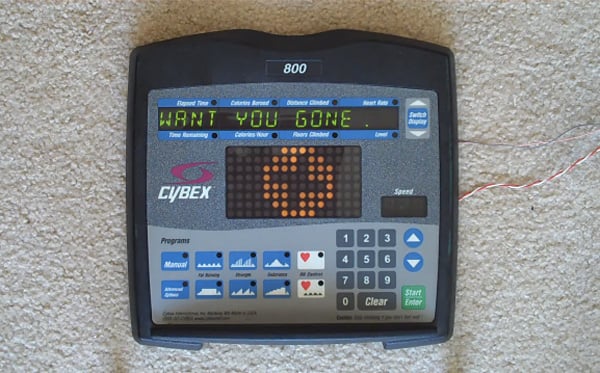 Evi1wombat replaced the computer’s CPU, wrote an engine and drivers and used the machine’s source code to figure out how to make music on it. Now prepare your best imitation of a synthesized voice and sing along!

How awesome would it be if Valve had a character named Cybex – and evi1wombat! – on the next Portal?