The endoscope is traditionally a long tube that has a camera on the end and shoots video back to a viewing port for the doctor to see what is going on up inside your colon or down your throat. These things are used for all sorts of procedures from seeing if your ulcer is better to looking for rectal cancer or pulling odd things out of bums. Having worked in an emergency room for many years you would be shocked at the items that end up stuck in orbit around Uranus 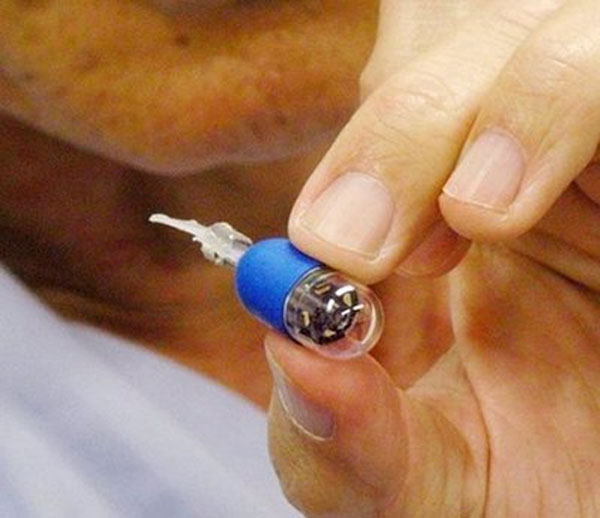 There is another type of endoscope camera that is in a large pill that the patient can swallow. That would be much more comfortable than the long tube for sure. The catch is that the typical pill camera can’t be controlled and can only go where the muscle contractions inside the body take it. Some researchers in Japan have figured out a way to control that pill camera though.

They grafted a magnetic propulsion system that reminds me a lot of the old flick Innerspace onto the back of the normal pill camera. The capsule has a little tail that flips to propel it around the body. It can swim in the stomach and presumably crawl back up that colon rather than getting flushed too soon. The device is code named “Mermaid” which is lame. I would have went with “Bird of Prey” because then I could use that old “There are Klingons near Uranus” joke. The worst job in the research group would have the be the person in charge of retrieving the prototype.