This nifty new portable speaker from Nokia was launched along with their N9 smartphone, and the Nokia Play 360° can start play immediately once it’s ‘bumped’ by NFC-enabled devices (Near Field Communications). It also works with Bluetooth and the name comes from its 360-degree omni-directional sound.

The speaker itself looks quite good. If there are more than one of these around, they’ll start booming out in stereo, which is a cool trick. They weigh 18 ounces each, so they’re reasonably light and portable (4.3″×4.3″×4.9″). 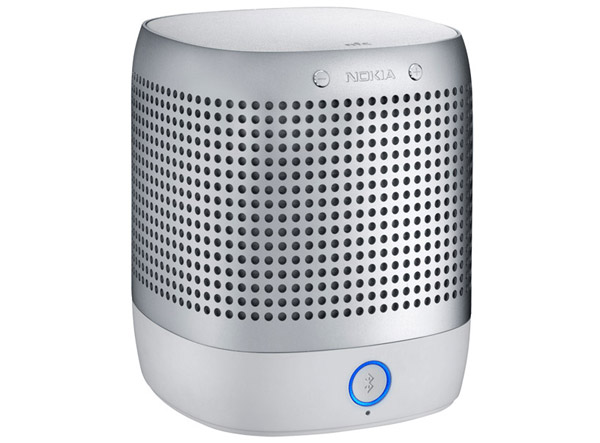 The speaker itself can be charged via a microUSB port. A complete charge of 3 hours should last just over 20 hours of play time. In addition to wireless audio, they come with a 3.5mm audio jack as well.

Each of these speakers will cost you €149 (~$213 USD), so they don’t come cheap. They’ll ship in Q3 of this year. Well, they might work well, but a pair of these would set you back almost enough to purchase a Bowers & Wilkins Zeppelin dock (!).