Actually, that title is a little misleading, because we all know that despite 3PO’s fluency in over six million forms of communication , and R2’s ability to hack  into any security system, swim underwater, or project holograms, neither droid knows how to bake a cake. 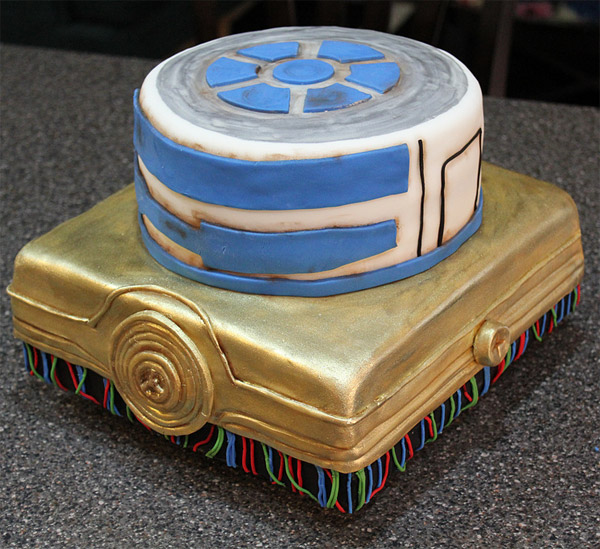 But Flickr contributor bkrista77 clearly knows her way around the dessert kitchen, with this epic, albeit abstract mashup of R2-D2 and C-3PO. I think she should have called it the R2-PO cake. Or maybe C-3-D2. I can’t decide. They both roll off the tongue so nicely. 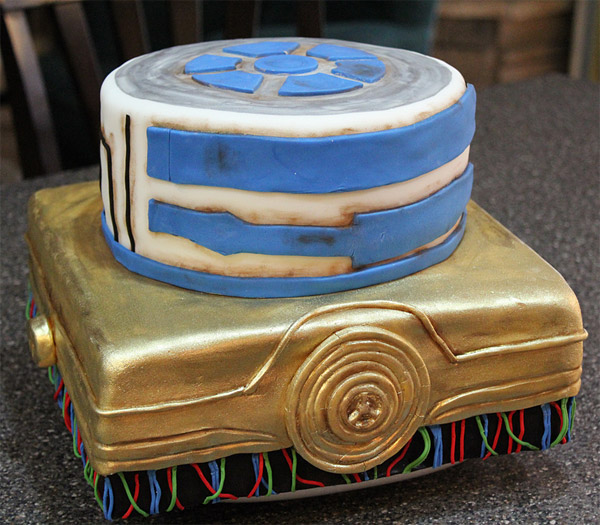 For some reason it makes me imagine what would have happened if R2 and 3PO were the ones who got stuck in the trash compactor in Episode IV.