I was really pumped about this story for a few minutes. I thought all those donations to research institutions had finally paid off and science had created a woman with four boobs. Sadly, those two protrusions on the hips area aren’t extra breasts. Guys, our dreams of getting to second base and third base in one move are dashed. But this sensor-laden dress does have a trick up its (lack of) sleeves – that alien-looking camelback on it holds drinks. 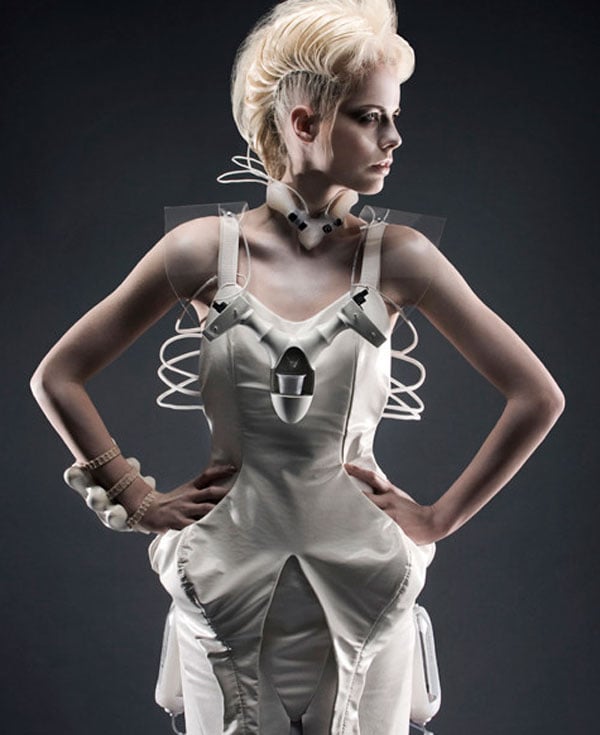 Anouk Wipprecht’s DareDroid dress will dispense drinks depending on how charming you are. If you aren’t particularly charming to the host, you get a nasty glass of lukewarm milk. If you are charming, you get an alcoholic beverage – a White Russian. That part in the cleavage area is where the drinks are dispensed from. 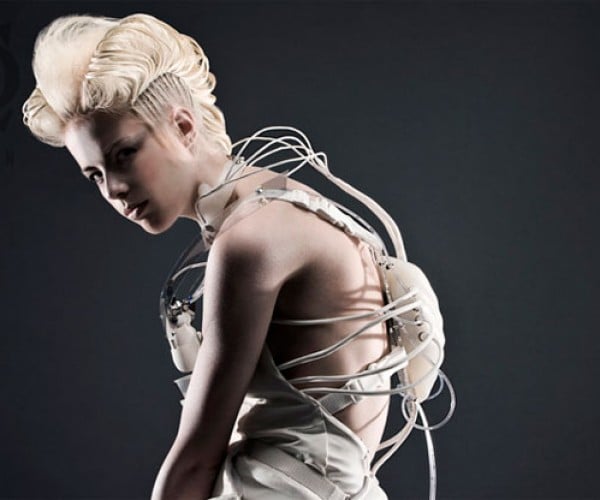 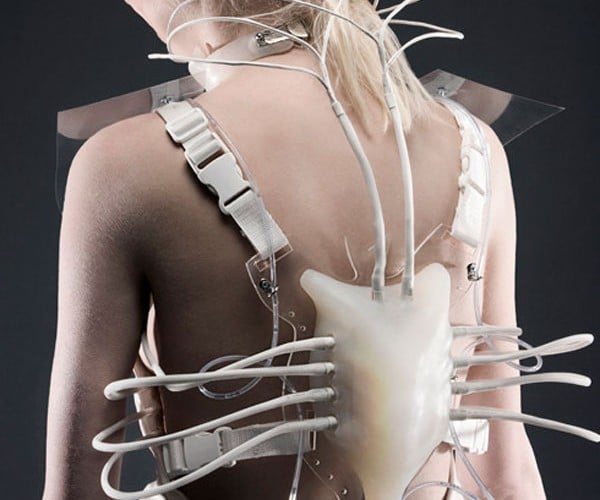 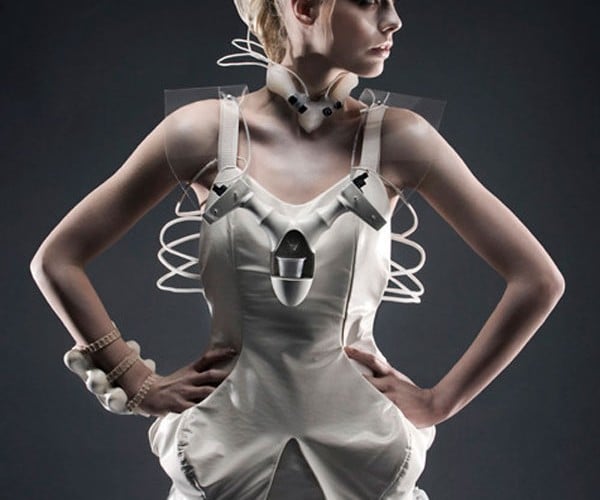 Apparently walking up to the dress wearer triggers the sensors to produce milk. If you will play truth or dare with the wearer, your charm will get another drink. Yes, it’s as weird as it sounds. Check out the video and see the dress in action.