The Sasan Magic Carpet is the jack-of-all-trades or the rug-slash-mat that is the furniture equivalent to the Swiss Army knife. That’s because it’s not just a rug or a mat. By folding it over and moving the straps around, you can go from a flat bed to mat to lounge chair in an instant. 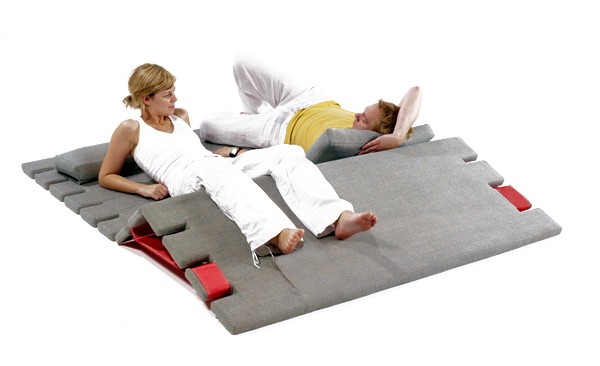 If the concept behind it sounds a bit familiar, then it’s probably because you’ve probably already heard of the Land Peel, which was a design by Shin Yamashita, who was a student at the Kyoto Institute of Technology when he came up with it.

Like the Land Peel, Alexander Munk’s Magic Carpet is a convertible piece of furniture. It’s something that would be perfect for smaller homes which would become too tight and strapped for space if the normal versions of the furniture that the Magic Carpet can emulate were used. 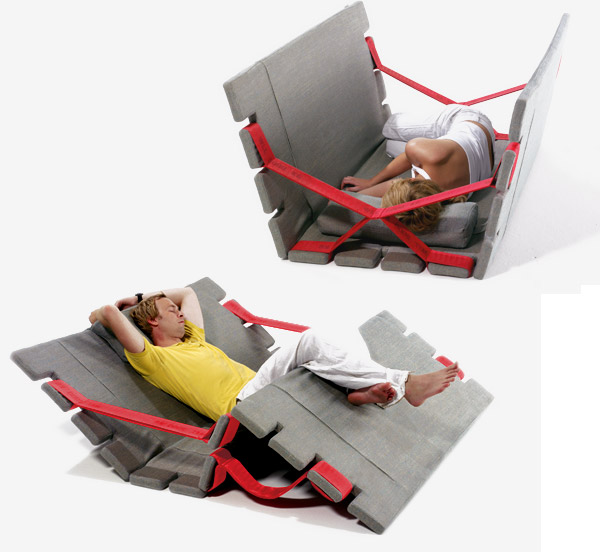 But here’s the kicker: the Sasan Magic Carpet design is also just a concept and was released sometime around 2006, pre-dating the Land Peel. Both have similar elements but also have substantial differences that make each stand independently on their own right.

Neither, however, being produced commercially, which is a shame. I know I have some furniture that I’d love to throw out, if only I could get my hands on either the Land Peel or Magic Carpet. I’m not really picky, as long as I’ve got something that’s multi-functional and is a huge space saver.

[via Freshome via Oh Gizmo!]