Autographed Minecraft Head: Can’t Mine This

Here’s a rare piece of cosplaying accessory that would go well with the foam pickaxe. This Minecraft avatar cardboard head was one of only three such heads given away at E3 2011. You might be thinking to yourself, meh, that’s not so boss, I could print one on my own. You can’t print one with Notch’s signature on it though. 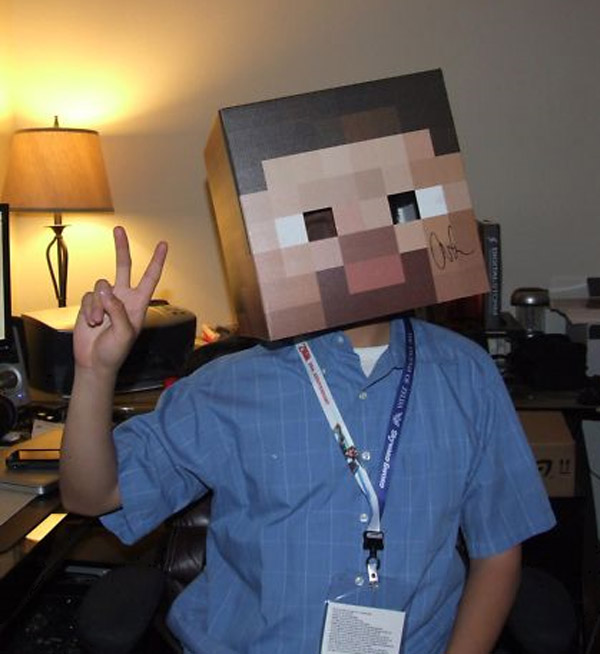 That’s right, this 1′ x 1′ x 1′ cardboard head has been signed by none other than the creator of Minecraft himself, Markus Persson. Owning this would be like owning a human head that’s been signed by God. Actually that’s kind of a gross image, forget I said that. Minecraft! Cardboard! Awesome! 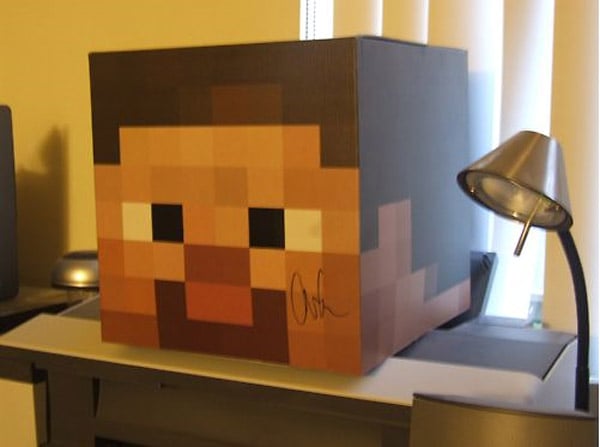 You can bid for the Notch-signed Minecraft cardboard head on eBay. Bidding starts at $150 (USD) as of this writing, but you can also buy it outright for $495 should you be so inclined.