Android MP3 Speaker: What Looks Like a Droid and Sounds Like an Droid, But isn’t an Droid?

Android fans, here’s something you might want to grab for your desktop. It’s a compact speaker/MP3 player in the shape of your favorite mobile operating system mascot, the Android. 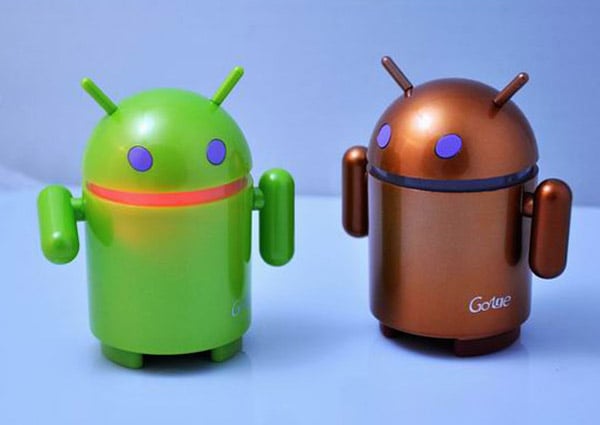 At first glance, you might think these little guys are Google Android mascots, but you’d be wrong. Look carefully, and you’ll notice that despite their striking resemblance to Google’s mascot, these guys seem to work for a company called “Gotge”, or is it “Gorge”? Maybe just “Go-ge”. Whichever it is, this is clearly not official Google merch. 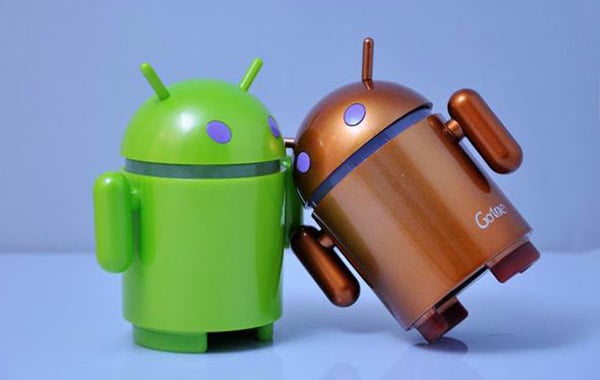 But that doesn’t make these little speakers any less cute. Each one had a small full-range driver built into the bottom, and colorful LEDs around its neck which light up when the music is playing. Pushing the ‘droid’s head starts and stops the music, and turning it left or right adjusts the volume. 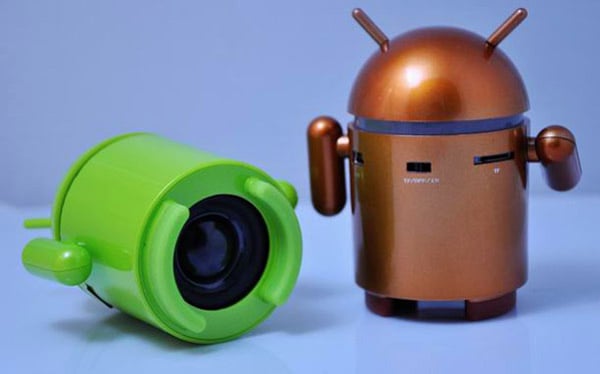 If you look carefully on the back, you’ll see a slot for a T-Flash(MicroSD) card, and the Android lookalike can play MP3 audio as well as connect to your PC or media player through its 3.5mm jack. There’s also a mini-USB port for battery charging or transferring data to the memory card. And if that’s not enough, they also have an FM radio built-in.

They’re available over at Now!Supplier for $29.90 (USD) each, but I can’t figure out how to pick between colors on their website. If you want to be sure you get the correct one, I suggest you check out ChinaGrabber, who offers them in individually in either green or copper for a few dollars more.