Decent Airsoft guns can look quite realistic and menacing. But YouTuber styropyro figured his Airsoft gun wasn’t geeky enough, so he gutted it out and converted it to a laser rifle. So instead of a gun that shoots bullets at a hundred miles per hour, now styropyro has a gun with a projectile that goes at the speed of light. Hard to argue with that. 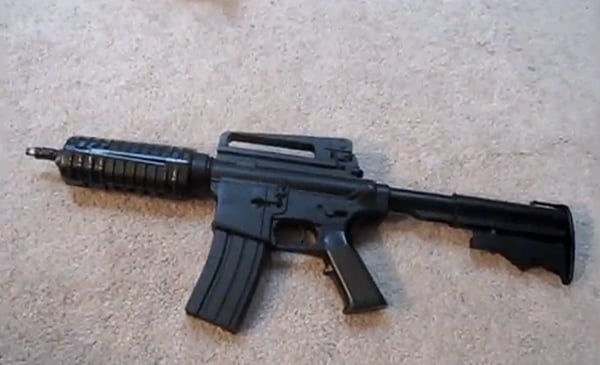 Styropyro used a 700mW laser diode from a 12x Blu-ray burner; if you don’t have a spare burner around, he suggests hitting up Modwerx for the diode. You can even find stronger lasers at that website. Watch the video to find out more about the conversion and to see exactly how dangerous this real-life laser gun is.

I wonder if you can somehow fit this bad boy into a gun mod. If you have a replica of the neat Dead Space plasma cutter, Kipkay already showed how you can convert that to a laser gun.