Want Lipo and a Boob Job? There’s an App for That!

There really is an app for everything today, including elective body modification. A plastic surgeon named Dr. Jonathan Kaplan has announced that he has launched a new app that will be offered globally called BuildMyBod. The app will run on iOS devices and allows someone thinking about plastic surgery to build their own perfect figure in the virtual world. 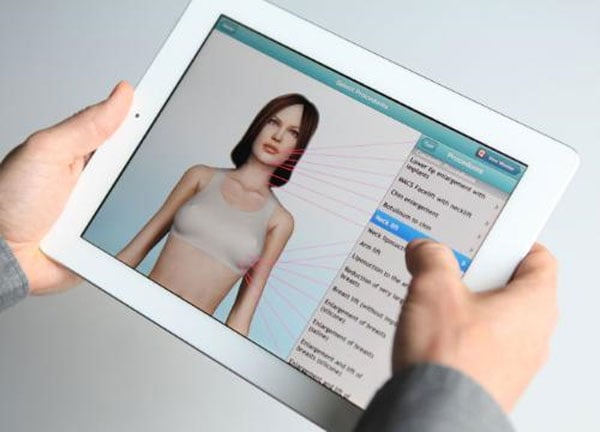 The app not only points to the sections of the body that you might want to work on, but also gives you the fees for the surgery as well. The fee schedule even gives the cost of the anesthesiologist as well. The app offers procedures for men and women to check out. The clinic the doctor that invented the app works in is in Baton Rouge, Louisiana, but the app helps prospective patients find surgeons around the country. The app launched on iOS devices and a version is being developed now for Android devices as well.

According to Kaplan, “Consumers want information to make better buying decisions, especially about cosmetic surgery, where prices for the same procedures can vary by as much as 35%. As the dramatic growth in the development of apps for the iPhone shows, people want the convenience of having information they can use to make important decisions on their phones. It seemed logical that being able to research cosmetic surgeons and procedures that way would be of real value to consumers and surgeons.”

Am I the only one that finds this weird?