Irrational Numbers Clock is Perfectly Rational (If You’re a Mathematician)

The Irrational Numbers Clock is slightly more complicated that the Unit Circle Radian Wall Clock. Also, the fact that it looks like a blackboard has a certain scholarly appeal. While I am a mathematician, anyone with high-school math should be able to read this clock. That’s not because they’ll know what all these irrational numbers are, it’s just that all you just need to do is look at the position of the hands to figure out the time. 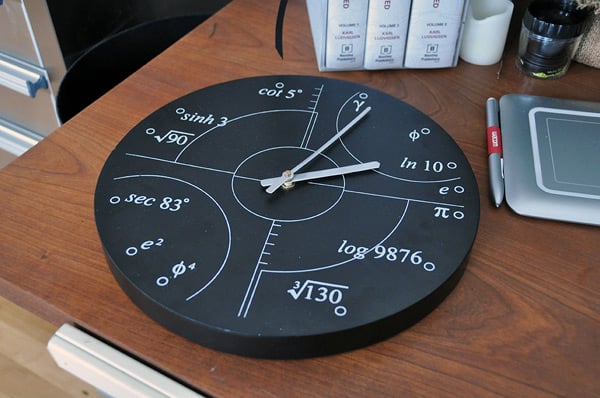 As a novelty clock, this one is pretty cool. If you don’t remember irrational numbers, they are the numbers which can’t be represented by simple fractions. The easiest example of this is the transcendental number π. 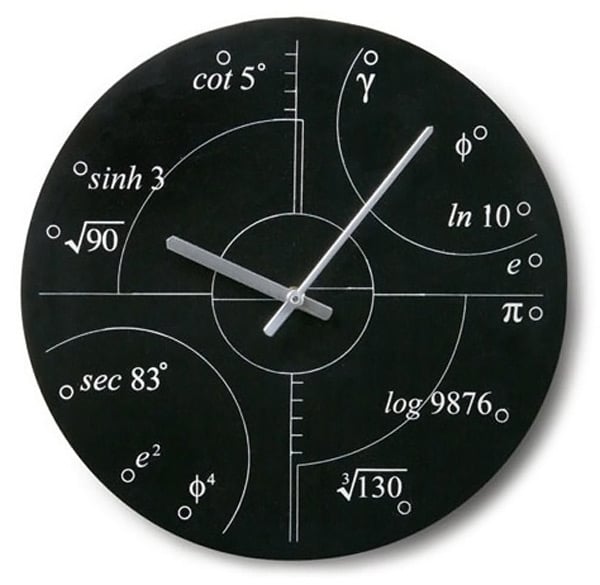 Unfortunately other than Pi, none of the other numbers are easy to figure out unless you are a math geek. Best keep a calculator handy if you buy this one. It’s available for $39.95 (USD) from Skymall. It’s going to be a rare clock on walls, of that much I am sure.