Gamers and fans of Duke Nukem have waited decades for the latest version of the game to launch. I knew early on that if the game wasn’t perfect after such hype and a massive wait things weren’t going to be pretty. The game didn’t get stellar reviews, but it is still one of the cool games I want to play. If you are Mac gamer and a fan of the franchise, you’ll be happy to know that Duke will be coming to Mac soon. 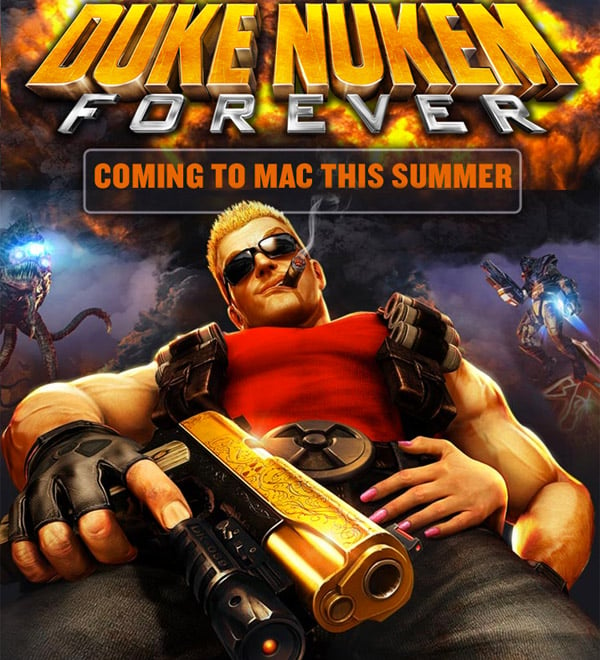 Exactly when Duke Nukem Forever will hit Mac computers is unknown. All we know is that the developer for the Mac version of the game is Aspyr and that the game will launch sometime in August. The game will be offered at a 10% discount for gamers that pre-order and will be shipped free too.

I would assume the Mac game would be the same – as far as content goes – as the Windows computer version will be. I would also assume that Mac gamers could expect the same shortcomings in the game as the reviews of the Windows version have pointed out.