Before anything else: if you’re quite familiar with the PS3 jailbreak scene, then yes, this is very old news for you. Still, I think this is quite an interesting piece of news for the rest of us who are not as acquainted with the intricacies of the exploit. You see, it turns out that one of the features that you can gain from jailbreaking the PS3 is Remote Play compatibility for many PS3 games, regardless if they’re officially supported or not. 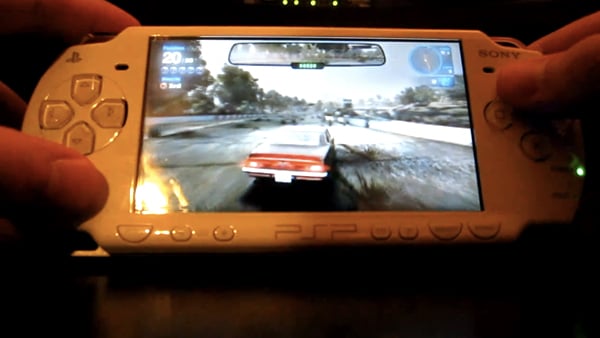 For those unfamiliar with the feature, Remote Play lets users interact with the PS3 and access some of its content on the PSP. I’m no tech expert but I think it works a lot like OnLive’s system – the PS3 (wirelessly) streams video output to the PSP, and the PSP uploads button input on the same connection.

Above is a screenshot from the video recording below, which shows YouTuber hackyourbabies playing Blur – a game that does not have official support for Remote Play – on a PSP. You can easily find several other videos online showing the hack in action if this one example doesn’t give sufficient proof for you.

I’ll leave it to you and Google to figure out how you can enjoy this ability. If you can’t search for the instructions and the necessary files on your own then you probably shouldn’t mess with your PS3 and your games anyway.

The real question here is this – why isn’t this an official feature for more PS3 games? Obviously it’s not going to be feasible on games that make use of the right analog stick and the L2 and R2 buttons. But I honestly don’t see why Remote Play, which Sony itself hyped at the beginning, isn’t being pushed more aggressively by the company and by PS3 game developers, especially given the PSP’s less-than-stellar sales.