Mass Effect 2 Garrus Cosplay Made Me Calibrate My Pants

One of the things I love in Mass Effect 2 are the detailed non-human characters. The default male Shepard looks like garbage compared to the beings around him. Based on looks alone the best made character has to be Grunt, but in general they’re all detailed and unique. That’s why we have to give loads of credits to Robert Rodgers for creating this awesome Garrus Vakarian costume. 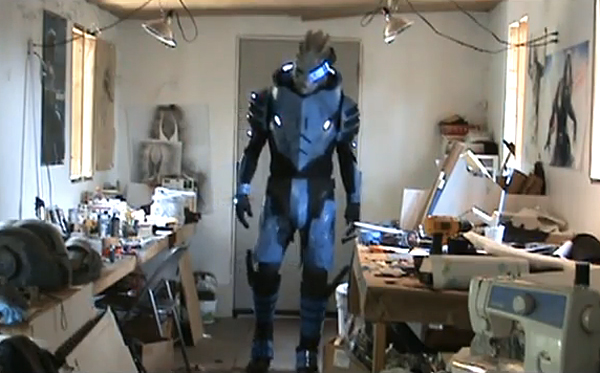 I’m sure you wouldn’t be surprised to find out that this is not the first costume that Rodgers has made – his craftsmanship is readily evident. Rodgers worked on the costume on and off over a few months, creating a suit that is lightweight but highly detailed. There are a total of 75 LEDs in and on the suit, although I don’t know if that includes the well-made visor. The moveable mouth is also a nice touch.

Rodgers says he’ll soon upload more pictures of his Garrus Vakarian costume on his website, which also contains pictures of the other costumes he’s created. He also accepts orders for costumes, although you’ll have to contact him for the details.