When I first saw Minecraft, I wasn’t really blown away by the game. Not even a slight metaphorical breeze hit me. Now at any given moment there are about 3.5 bajillion Minecraft players that are capable of vaporizing my skull with their creativity and passion. The mods are great, but for me nothing beats a good old construction project, like this massive train station by the folks at the Fyre Server. 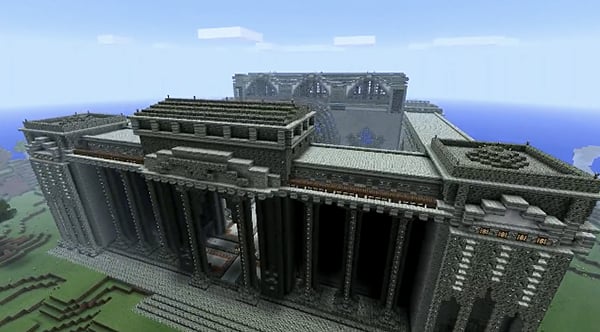 The inhabitants of the Fyre Server modeled their train station after Penn Station in New York City, and used Minecraft forum member Doku’s retro texture packs. Unfortunately the folks didn’t share much else about their project, like exactly how many of them worked on it or the total number of (virtual and actual) days and nights they spent working on it. Fortunately they captured most of their construction on video:

Wow. Just wow. *UPDATE* As commenter Ryan pointed out below, the FyreUK team recently uploaded a video tour of the train station. I think it’s as fascinating as the one above, especially since we get to hear details about the project, delivered in the elegant English accent.

It also makes you think about how buildings and structures are made in real life doesn’t it? Check out Fyre Server’s website for more info and videos.