NetMix Player Takes the Grunts Out of Wimbledon

I happen to think watching tennis is right up there with watching golf and watching paint dry. The sports might be fun to play, but watching them on TV leaves me in a bored stupor. I also don’t care for watching soccer on TV, but I do recall when the World Cup was going on all those fans who brought out those noisy Vuvuzela horns. There were some apps out there that would cut the sound of those horns from the game for you. 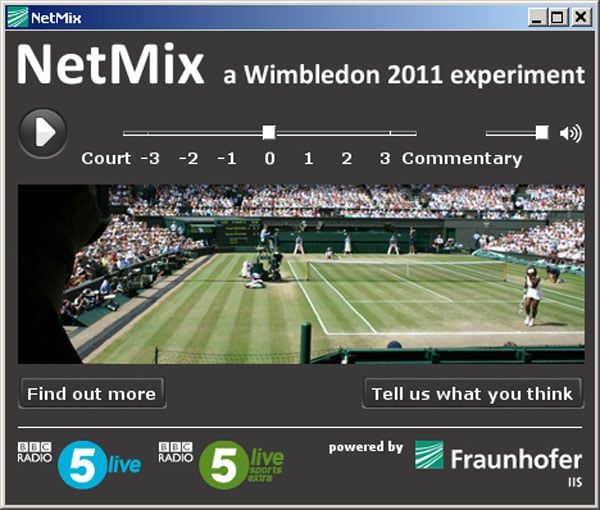 I guess the tennis-playing version of those annoying horns are the grunts and groans of the players as they bash that little ball around. If you like to watch Wimbledon, but you don’t like to listen to the grunts over the top of the commentary, an experimental video player has landed just for you that will only work while the Wimbledon tournament is going.

The NetMix player is cool because it has a slider that will let you choose how much of the court sounds and grunting you hear and how much of the commentary you hear. Unfortunately, the  app will only stream the big matches from Center Court at the stadium, but at least it works for both Windows and Mac users.