Artoo has saved his friends and allies countless times and in many different ways – he’s hacked security systems, sprayed oil to foil would-be attackers and of course repaired ships. But now it’s your turn to help everyone’s favorite droid (is there anyone out there that likes C-3PO better?) with the R2-D2 edition of the classic game Operation. 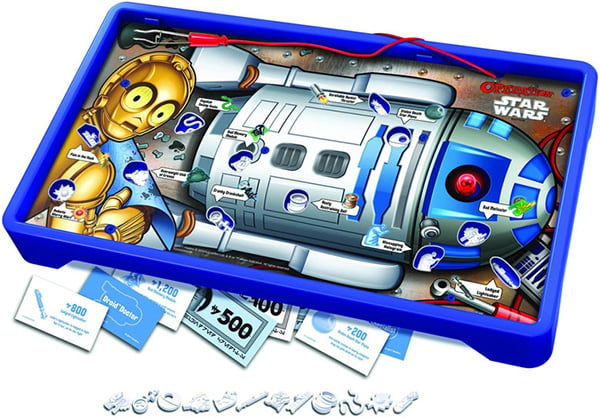 Actually as you can see in the picture Threepio has a couple of problems too, but when wasn’t there something wrong with the guy, really?

The game works exactly the same way as the original, except this time it’s quite understandable if your patient light ups and buzzes when you botch the operation. Warp over to Toywiz and prepare $27 (USD) to pre-order the Star Wars Operation R2-D2 edition.