These USB hubs are very similar to the ones we featured a couple of years ago – they’re also colorful, stackable, they also have four ports, and they’re also made by a company that is not LEGO. I don’t even think Elecom secured a license to make these, but here they are. 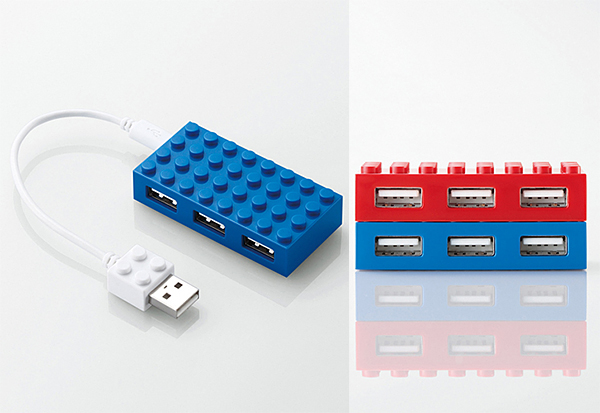 Elecom’s ToyBrick USB hubs are wider than the ones made by Systown. The fourth port must be somewhere on the side opposite of where the first three are. 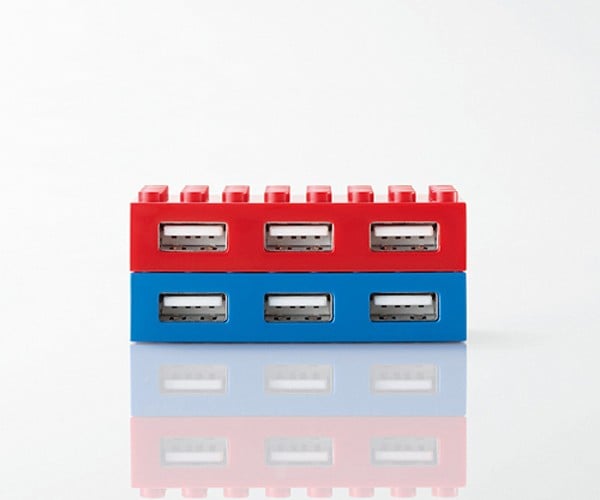 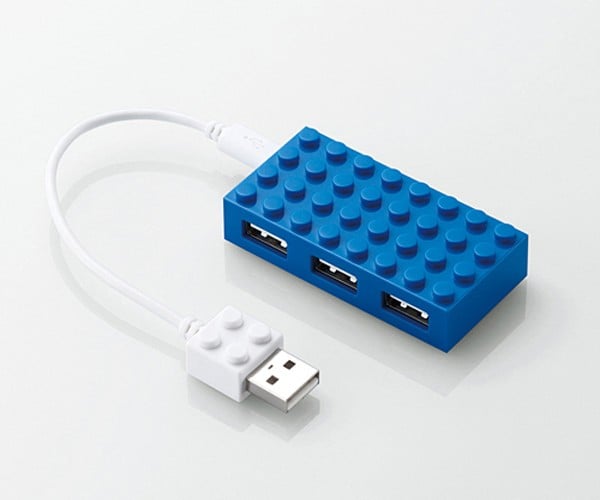 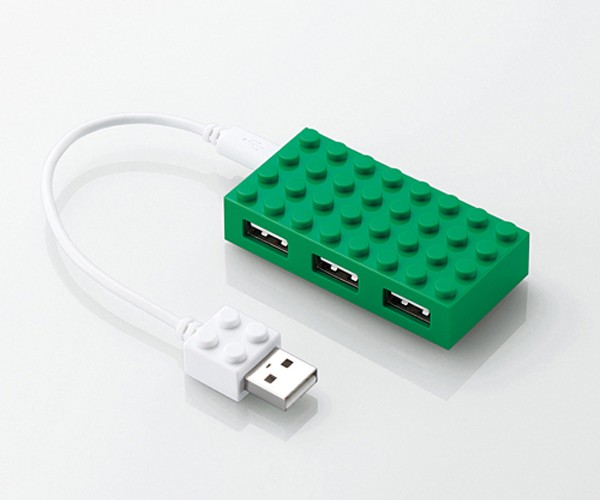 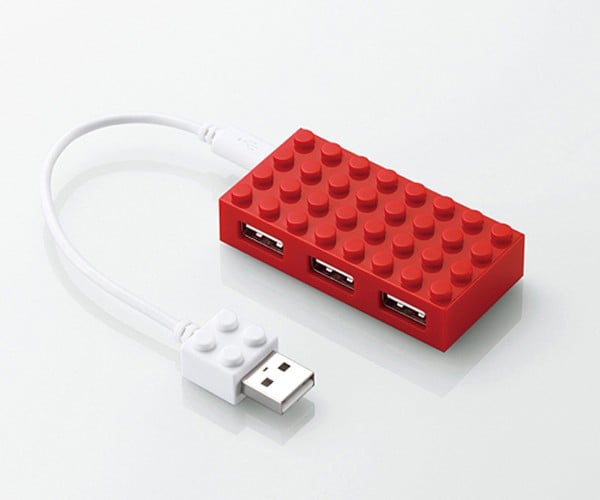 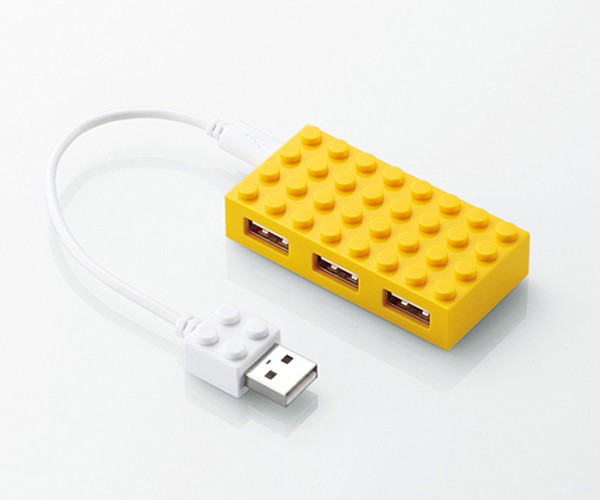 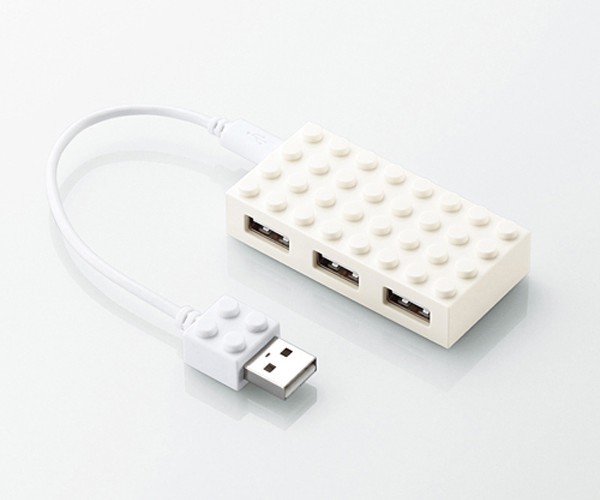 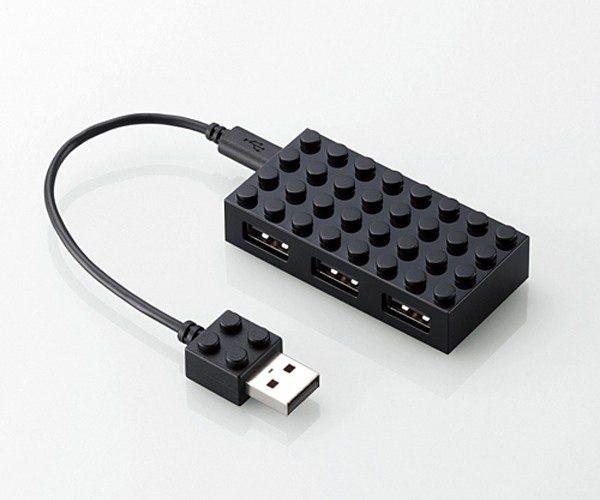 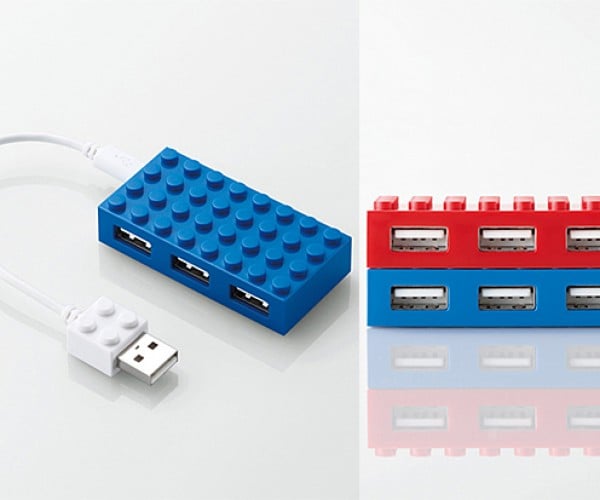 If you’ve been thinking of making a USB-dependent LEGO creation – or simply running out of both USB ports and desk space –  then get the Elecom ToyBrick 4-port USB hub from Audio Cubes for $36 (USD). Get them while supplies last, i.e. before the lawyers do.