Have you ever thought about creating electrical circuits with a pen? Apparently some engineers have, and came up with this prototype. These electric circuits were drawn using a silver-inked rollerball pen. The circuits can be drawn directly on paper, wood, and other surfaces. Now that’s an amazing pen. 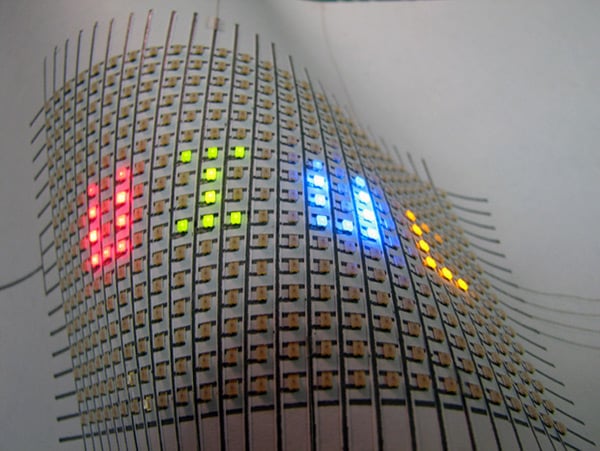 The ink of the pen is composed of silver, which, after drying, maintains conductivity even if it is bent or folded. This handheld device will lower the cost of producing certain types of circuits, and allow for the production of circuits directly on paper and other flexible materials. 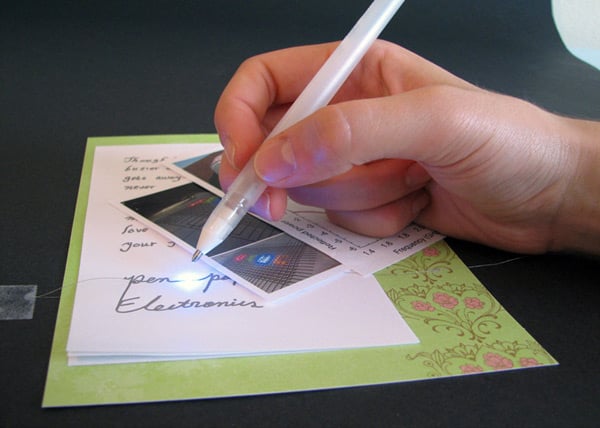 The idea opens up a whole new range of flexible and disposable electronic circuits, as well as electronic art. The research team behind the prototype was led by engineers Jennifer Lewis and Jennifer Bernhard, from the College of Engineering of the University of Illinois. Their research is published in a paper called Pen-on-Paper Flexible Electronics in the Journal of Advanced Materials.

[via gizmag via designboom]