I’m a huge fan of the Transformers movie franchise. Truth be told, I actually had to be dragged by my sister to the screening of the first movie. I probably said something to this effect then: “I don’t want to see a movie with robots that start out as cars with a leader named Optimus Prime.”

After the first twenty minutes though, I was hooked. 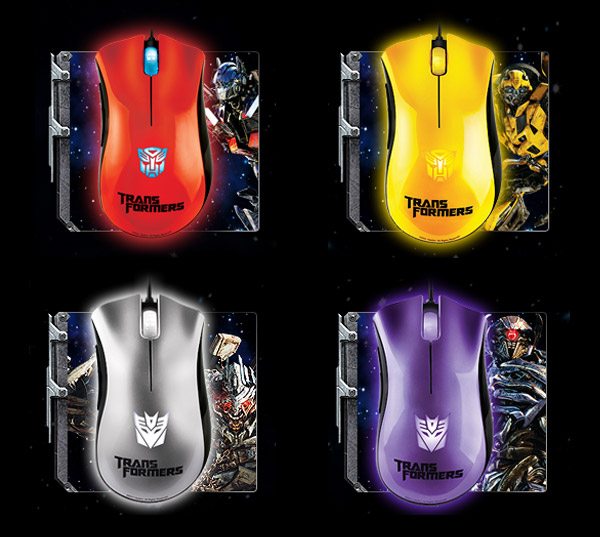 The third movie in the Transformers franchise, Dark of the Moon, is now out in theaters. To commemorate the release, Razer themselves rolled out some colorful, Transformers-themed versions of their precision DeathAdder mouse. The specs are exactly the same as the versions that rolled out earlier, with the exception of the design, of course.

True-blue Transformers fans might either find these computer mice to die for–or to gag over, depending on their personal tastes, of course. I personally like the silver one the best.

Each of these mice is priced at $69.99 (USD). Aside from the DeathAdder mouse, Razer has also released dual-sided mouse mats that go for $44.99 and laptop sleeves priced at $49.99, all to celebrate Transformers 3.

[via Engadget via Slippery Brick]