Have you ever wanted to taste the highly addictive energy drink from Futurama, that was called Slurm? Well, now you can thanks to some enterprising Futurama licensing folks. Although I can’t speak about its taste, which is apparently not that great, it’s still cool to have a can filled-up with Slurm. 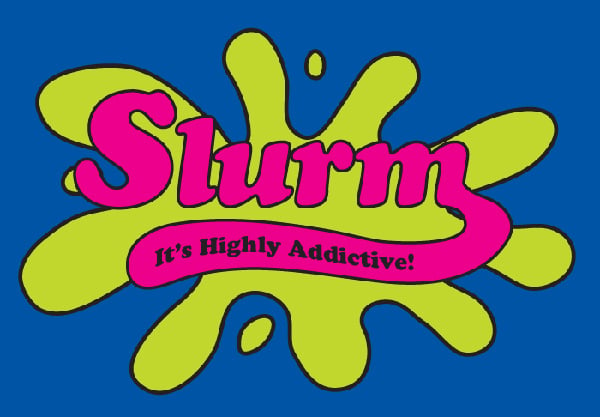 The Slurm Energy Drink was first featured in the 1999 Futurama episode Fry and the Slurm Factory. It was the 13th episode of the first season, and if you don’t remember what Slurm actually is, check out this link for further info. Needless to say that Slurm’s only redeeming quality was that it was highly addictive. 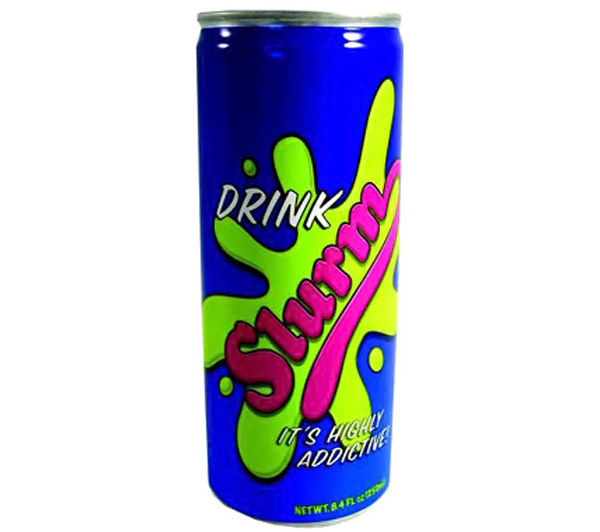 Slurm energy drink actually came out back in 2008, but is now considered a “collectors item” so it’s selling for the ridiculous price of $29.95 over on Amazon. Ride the wave on Wormulon with Slurms McKenzie! 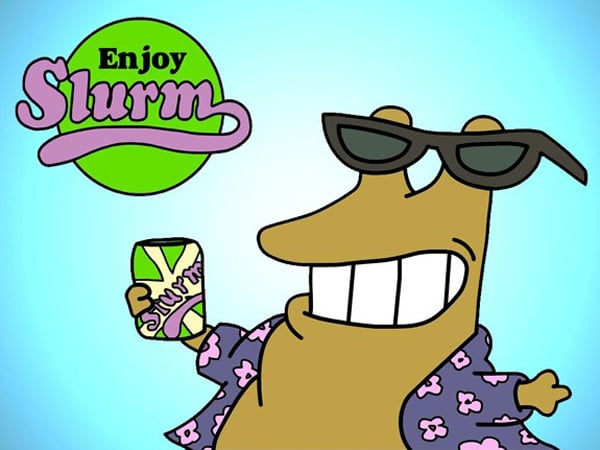