VFD Round Clock Tells Time with a Glow

It’s been a long while since I’ve seen a clock that doesn’t look like anything else I’ve seen before. So when I was scouring the aisles of eBay earlier today and stumbled onto this cool clock, I thought to myself, “Eureka! A geeky clock that I’ve never seen before!” 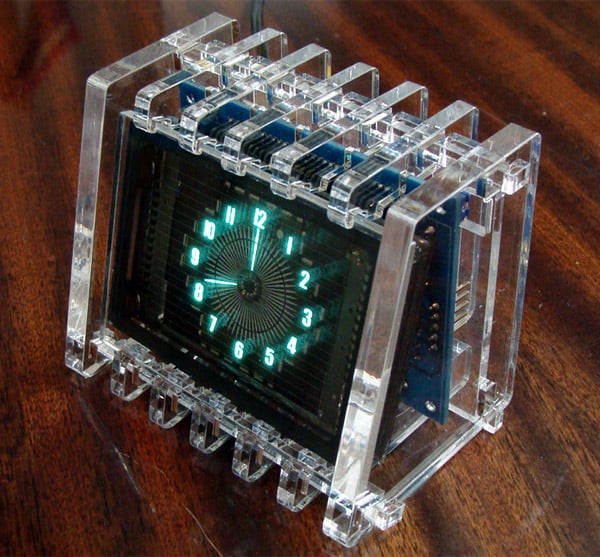 This particular clock uses a VFD (vacuum flourescent display) like you might find on an older alarm clock or calculator, but instead of displaying boring old digits, this one tells time with an analog-style 34mm (1.33″) round clock face. This complete clock is created by the guys at Kosbo.com, and comes in a clear acrylic case that lets you see the entire circuit, both front and back. 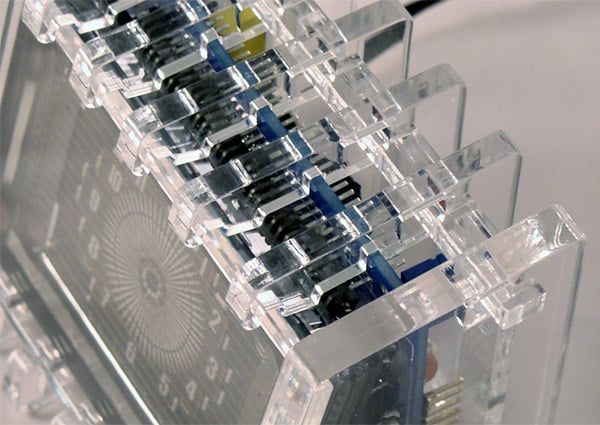 It’s also got dual alarms built-in, and 8 adjustable brightness levels so it should work nicely as a bedside clock. They’ve even gone the extra mile to include an integrated backup battery, in case the power goes out. The clock is based on this circuit board, which can also be procured separately in case you want to make your own round-face VFD clock. 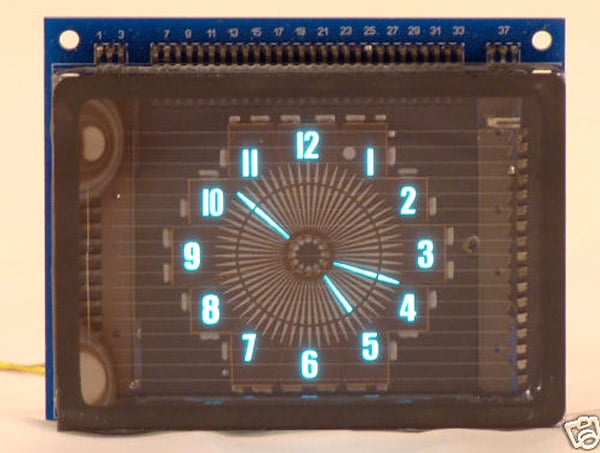 One example they posted was this cool mod somebody did, replacing the analog clock in their Mini Cooper: 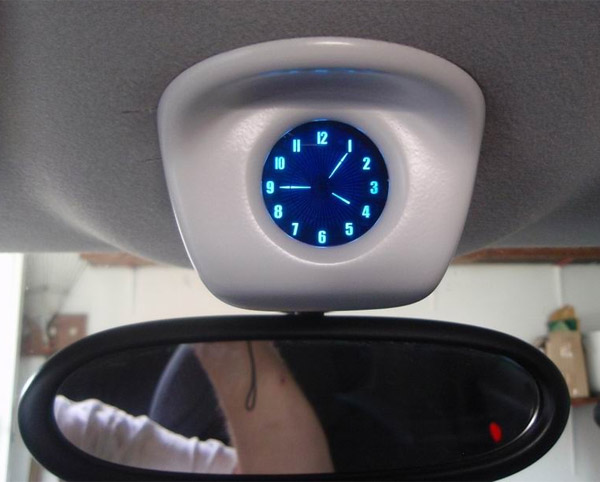 Not too shabby, eh? I could see this looking good in many cars if you have the guts to rip apart your vehicle and install one. If you’re like me, you’re more likely to just pick up the fully assembled clock, which you can find over on eBay for £64.95 (~$104 USD). Keep in mind that they don’t include the 12VDC AC adapter that you’ll need to power it, but those are cheap and easy to find.