3D Basketball Court Looks Cool; Now If Only We Could Play Ball On It

Once in a while, we get word of something so outrageous and weird, yet quirky at the same time that we can’t help but waste a few precious minutes of our life trying to find out more about this crazy piece of news.

Today, it has arrived to me in the form of the 3D basketball court that can be found in Munich, Germany. Yes, you read that right: this NBA regulation-sized basketball court is three-dimensional.

Imagine just how hard it would be to try dribbling a ball on that court. Even Michael Jordan doesn’t stand a chance. Which is why it’s completely understandable why everyone’s sort of just sitting on the court instead of actually playing some ball on it. 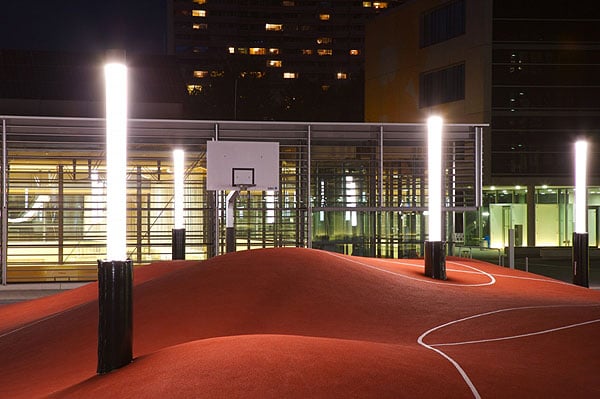 There are also a lot of light poles scattered all over the court, which makes for a weird sight, especially at night. Obviously this court wasn’t made for playing basketball, but I wonder what the designer had in mind when he came up with this 3D-bomination.