Most of the personal media players on the market are pretty much the same thing. They are generally boxy devices that look like big MP3 players with a color screen. iRiver has a new PMP called the P8 that looks nicer than the typical PMP. The new P8 has big 5-inch touchscreen and a very slick user interface that looks like something Apple would cook up. 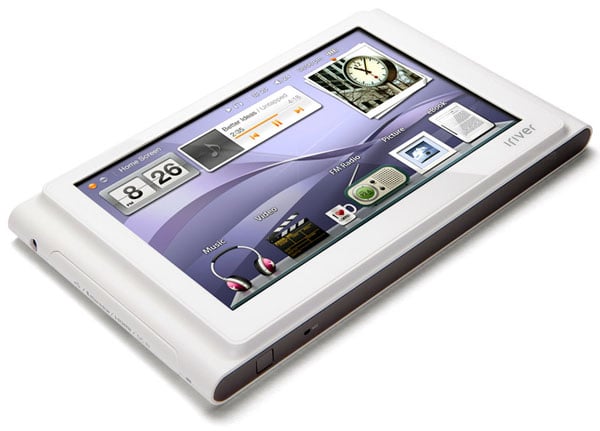 The screen has widgets for different things functionality and large icons for music, video, FM, pictures, and eBooks. The native resolution of the screen is 800 x 480 and the P8 will support HD resolution video playback when connected via HDMI to your TV. The device also supports just about all the file formats you could need. 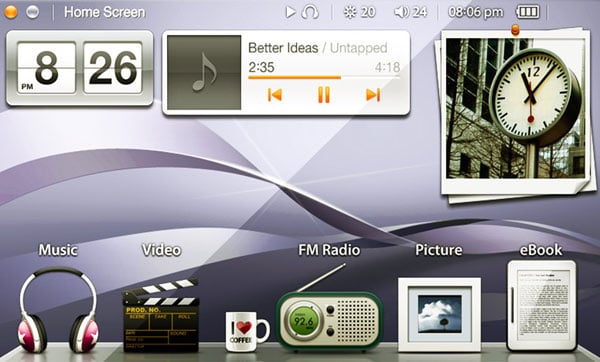 The P8 will play AVI, WMV, MKV, and XviD video formats. It supports MP3, WAV, WAM, OGG, FLAC, and APE audio formats as well. It will also store eBooks and voice memos too. The P8 will come in 8GB and 16GB versions and both of them will have expandable storage up to 32GB with microSDHC cards. For some reason, the P8 is only available in Russia at this point, but perhaps it’ll show up around the world with time. Pricing is unknown at this time. 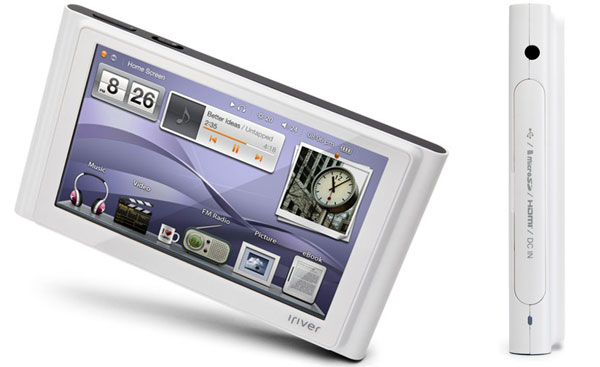