Animator Eric Power creates all sorts of fun short movies using tons of cut-out pieces of paper. So it was only appropriate that he use his knife-skills to make a Paper Mario animation, right? Sure seems like a good idea to me. 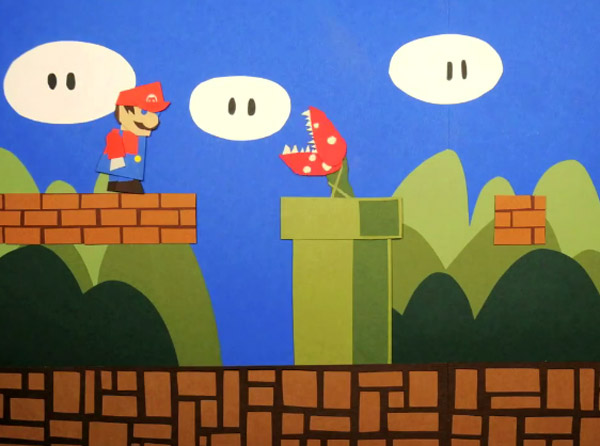 Before you let the kids watch this clip, however, you ought to know that this isn’t your wholesome old 8-bit Mario. Perhaps it’s the fact that he was born on the edge of a razor blade, but he’s just a wee bit more destructive in Eric’s version of the Mushroom Kingdom. But that doesn’t make him any less entertaining. Here, take a gander and see what I mean:

See, that wasn’t so bad, was it? Of course, that part where Mario eats Toad is a little disturbing. And burning down the entire forest with the Fire Flower is just wrong. Still, Eric created the Paper Mario clip in order to raise awareness about a new feature-length animation, based on a far more bloody short about Ninjas that he’s working on. If you’re interested, head over to his Kickstarter page and show your support.