Sweep It in the Ductpan and Then Funnel It All Out

I’m not a very huge fan of dustpans. Or brooms, for that matter. But both are essential if you want to keep your floors dirt, dust, and hair-free.

Maybe it’s the way I sweep or how I hold the broom, but I’ve never been really good at getting all that dust and dirt into the pan after I’ve swept through the entire room. And when I do manage to get the dust on the pan itself, it takes me some time to dispose of the collected stuff into the trash can. I tap the pan, I bang it against the side of the bin, but there’s still those stubborn pieces of dirt that seem to be stuck on to the pan itself. Talk about annoying. 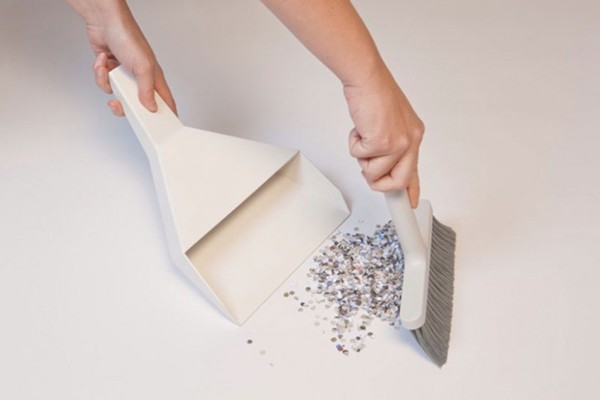 Maybe this was Kawamura Ganjavian’s problem, too. Or maybe he was just thinking of people he knew who couldn’t seem to throw away all that crap out properly when he came up with the Ductpan.

The Ductpan is a dustpan that isn’t just a dustpan; it’s also got a funnel duct so you can just tilt the pan in the other direction to get all that clutter out of the pan and into the trash can or bag via the funnel. 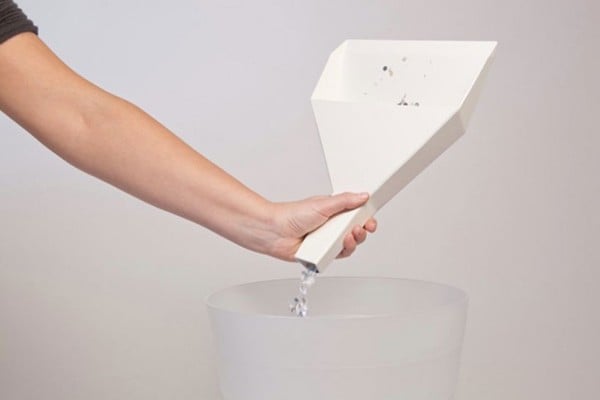 The Ductpan is just a concept for now, although it would definitely be interesting if we were to see this being made available for the masses commercially. I know I’d want one.