Let me start out by saying that I really dislike the red Angry Bird. Not the big red one, the regular-size one that seems fully incapable of doing anything other than bouncing off of surfaces and not knocking over anything. So I’m not sure I’d be the first to order this Angry Birds inspired desk caddy, modeled after the red Angry Bird. 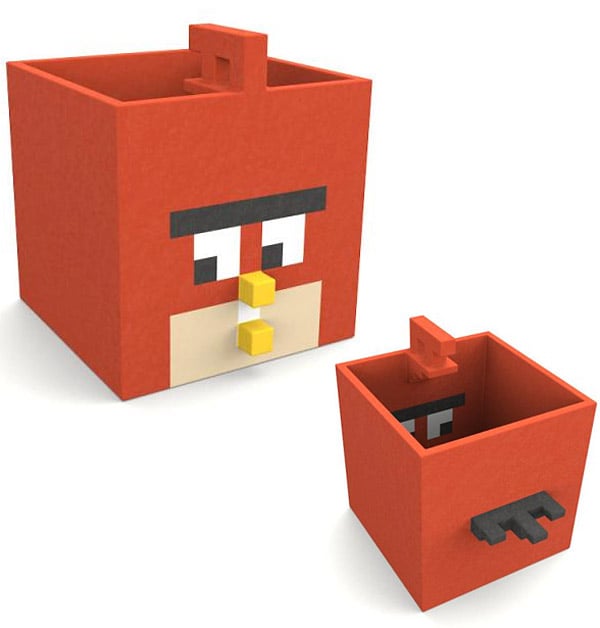 That said, you do have to give artist Metin Seven credit for capturing the spirit of the pesky red bird, despite the fact that he’s been turned into a cube. Measuring in at about 3″ (H) x  2.5″ (W) x  3.5″ (D), Angry Box is perfect for holding pens, pencils, business cards or other small desktop items, but just like in the game, he’s useless for offing green pigs, monkeys, or golden eggs.

The one turn-off (besides being my red bird nemesis) is that since the Angry Box is rendered on a 3D printer, it’s expensive for what it is. It currently sells for $69.25 (USD) over at Shapeways. For that price, I’d much rather have the black bomb bird and do some real damage.