LG Cinema 3D TV: For Once, Being Passive is Good

The folks at LG were kind enough to loan me one of their Cinema 3D HDTVs for the last couple of weeks, and I wanted to share with you my experiences with the set, and the 3D technology it uses. The set I test-drove was the LG Infinia 47LW5600, a full 1080p, LED-edge-lit LCD screen. 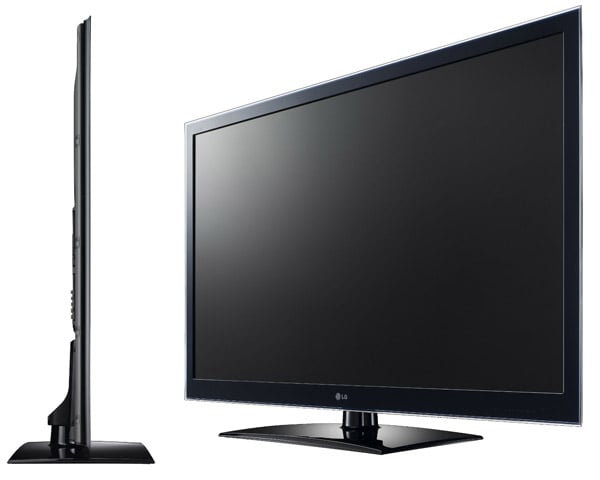 I’ll start out by saying that this is the first time I’ve had a 3D TV in my home, as I had just purchased a brand new 58″ plasma months before all the 3D sets came out, and never really saw a need to upgrade. Other than the fact that my set was just fine without 3D, I really didn’t like the expensive, headache-inducing shutter glasses that came with most sets. So when I found out the LG set I was going to get to test drive would use passive lens glasses, I was happy.

I count myself among the masses of you out there who can’t stand the idea of a) paying $100 or more for a set of 3D glasses you’ll use only every once in a while; b) having yet one more gadget to recharge; and c) sitting there and getting a headache after watching 30 minutes of content. I’m happy to tell you that the LG Cinema 3D set I tested has none of these problems. LG’s Cinema 3D displays use a special set of polarizing layers which allow you to use the same sort of cheap polarized glasses you get at the movie theater. In my experience with the display, I found these to be far more pleasant than any of the other 3D glasses I’ve tried on at various trade shows and at the store when checking out 3D sets. 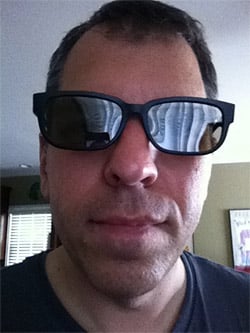 See, don’t I look stylish in my 3D specs? Ok, not really. But the real question is, how good is the 3D? Well, I’m happy to say that the LG Cinema 3D display produced tremendous depth with original 3D content, and I was able to sit for long sessions without a headache the sort of general discomfort the flickering active lens 3D glasses cause for me. Now, there is a trade-off with this technology – horizontal line resolution is cut in half for each frame, sending only half the display’s 1920×1080 resolution to each eye (540 lines). What I noticed was that when watching content in 3D, it was slightly softer than in 2D and on active lens systems, but for the most part I’d say it was worth the trade-off. I’d rather be able to sit through a movie without my eyes killing me than to be able to see every pimple on the actors’ faces.

I tested the LG display with a variety of 3D content, including Blu-ray discs, Satellite 3D content, and 3D video games. Images in movies like Alice in Wonderland and Despicable Me jumped far off the screen, and made me feel like I was in the theater (without all the screaming kids and sticky popcorn goo on the floor). But I’ll be honest, 3D sets are only as good as the content, and at this point, the selection and variety of quality 3D movies and programs is still pretty limited. Never mind the fact that you’ll be paying a premium for 3D discs. Most 3D Blu-rays (when you can find them) will set you back around $40 instead of the regular $20-$25. On the other hand 3D gaming seems to be the most promising use for these displays at the moment. I hooked up my PS3, and had a blast playing Killzone 3, Super Stardust HD and the beta of Uncharted 3 on this set and they all looked great. Here’s a shot of Drake’s Deception running in 3D mode. Of course, it’s always hard to glean anything from a 2D photo of a stereoscopic image, so you’ll just have to take my word for it that it looks good. 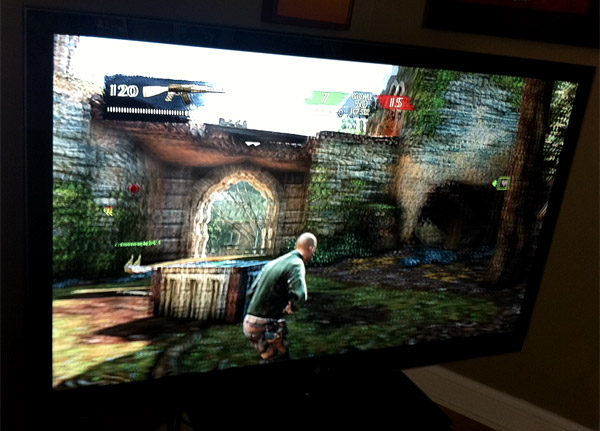 There’s no way I could have survived my 5-hour FPS 3D gaming session with active shutter 3D glasses. I think I would have hurled. Sure, I took a couple of 2 minute breaks, but was able to get right back to it with the lightweight and comfortable passive lenses.

The display also offers a 2D-to-3D mode, which manages to extract simulated depth from any source material (although it doesn’t appear to work with content in the Smart TV application.) Depth was definitively less pronounced and realistic than with true 3D source material, but I’m still always amazed that they can even provide the illusion of 3D depth from random content. It’s more of a novelty than anything else, but if you want to wear your 3D glasses all the time, there’s a way you can do it.

So with all that said about the 3D aspects of the 47LW5600, here’s a rundown of some of the other features of the set. Since it’s an edge-lit display, it’s super thin (just over 1″ thick when hung on the wall,) and looks great from the side. In general, I didn’t see too much in the way of cloudiness or variance in brightness that edge-lit displays often exhibit, except on a pitch black screen. And if that bugs you, LG does offer a version of local-dimming to increase contrast and black levels, but I found the feature to be annoying at times, causing occasional jumps in intensity and too much blooming in really high contrast scenes. With an edge-lighting setup, it’s tough to pull off true local-dimming anyhow. Colors on the set were vibrant, and contrast was as good as any of today’s better LED/LCD sets. That said, I still prefer the more natural contrast you get out of a plasma screen – but that’s just me. Refresh rate for the display is 120Hz, which is plenty for eliminating blur on fast motion. Gor those of you who balk at anything less than a 240Hz refresh rate, get over it. Human eyes can’t tell the difference. You only really need higher refresh rates for active lens 3D in order to decrease flicker and blurring in fast-moving 3D scenes. Since this set doesn’t work that way, you won’t miss it.

The set also features LG’s Smart TV suite, which offers access to Netflix, YouTube, FaceBook and other web apps. I found that these apps generally loaded much faster than on my 1-1/2 year old Samsung, but I still prefer the versions of these apps on my PS3 and Apple TV over the ones built into displays at this point. You can also stream media from your DLNA-capable home computer (LG includes a copy of Nero MediaHome Essentials for streaming from Windows PCs).

Each set includes a Wi-Fi dongle for connecting to your network (I wish this was built-in), but it doesn’t protrude from the back of the set, so it’s really not a big deal.Inputs are plentiful with 4 HDMI, 2 component, 1 component, and one RF port on back. There are two USB ports as well – one for content, and the other that’s occupied by the Wi-Fi dongle. They also include 4 sets of 3D glasses (along with protective microfiber pouches.) Additional glasses retail for $12.50 a pair, but you can find them for a few dollars less online.

The LG Infinia 47LW5600 set has a list price of $1699 (USD), but you can find it online for as little as $1000 to $1200. It’s definitely not the cheapest 47-inch display on the market, but if you want a 3D TV and think there’s enough content out there to justify a purchase, it’s definitely worth considering the LG Cinema 3D display or one of its larger 55″ or 65″ brethren. Until such time that someone makes a glasses-free display that actually works without major artifacts and distortion, I’m putting my vote in the passive lens camp.