Solid Snake might be a little rough and tough, but that doesn’t mean he doesn’t have a softer side – and by that, I mean plush and squishy.

Despite having no idea who Solid Snake was, Crafter averyg ended up having to make a plush Snake for Craftster’s Poppet Mini Swap (yes that’s “poppet”, not “puppet”), in which crafters have to make a requested doll for their swap partner. 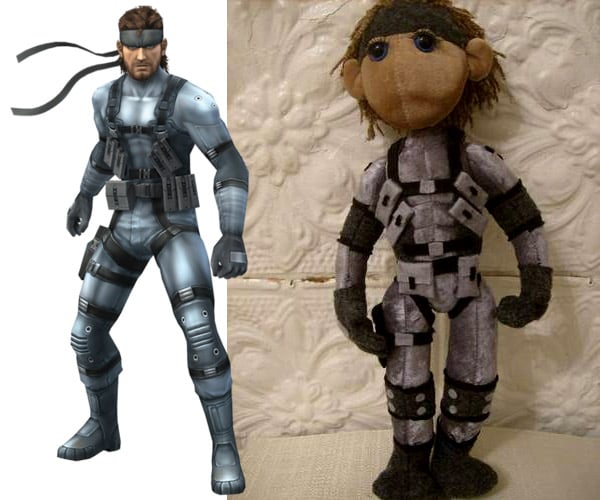 Other than the giant head and lack of a nose or mouth, the felt and pipecleaner version of Snake is a dead ringer for Hideo Kojima’s Snake. Although I’m not quite sure about the eyes either. I’m pretty sure that when the government wanted to create the perfect soldier, they weren’t thinking about his eyelashes. 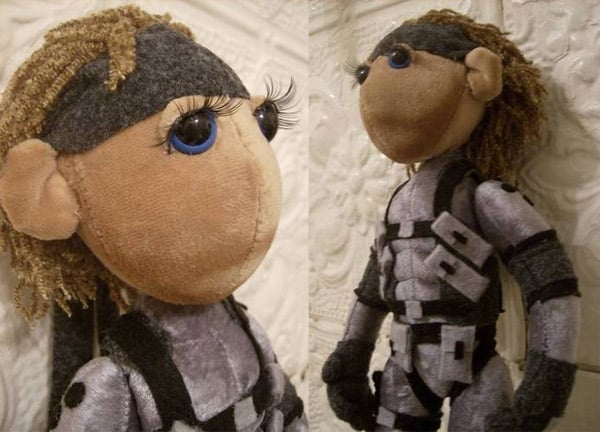