The SEED is an autonomous, mobile camera balloon created to take photos and video of you while you’re on vacation, but I honestly see a lot of Big Brother implications. It also reminds me of the Kinos in Stargate Universe. This unique spin on the blimp drone was designed by Moonhwan Lee. 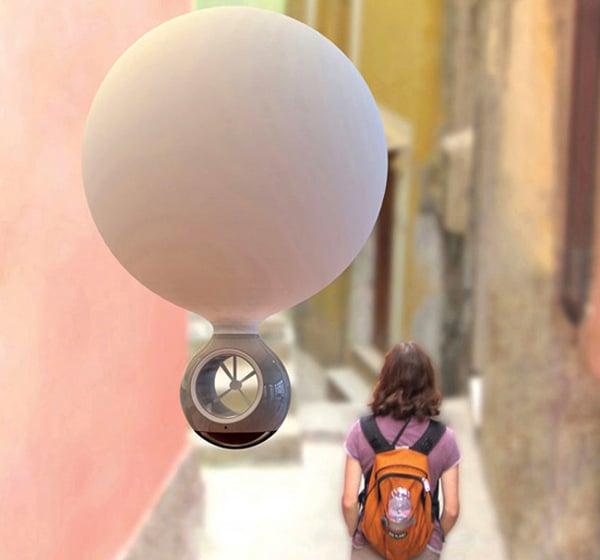 I’ve read about robotic blimp drones before, for military usage and in science-fiction, but it’s somewhat odd to see the concept used like this. The blimp also keeps track of the weather and other data so that you can remember everything about the environment when you later view the footage on your favorite social networking site. 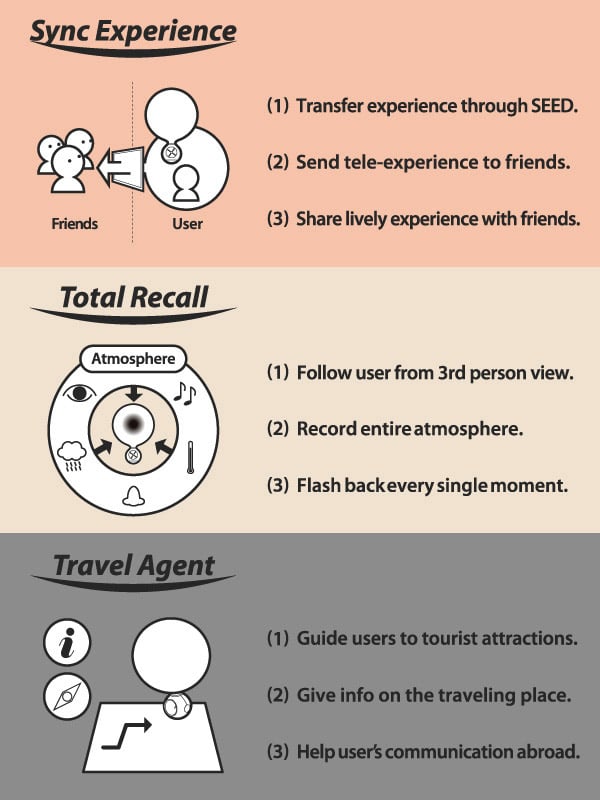 The SEED can also act as a personal navigation device, projecting directions to a location of choice, and then guiding you along the route.

I’m sure that parts of this concept will be made or already exist, albeit for military purposes, in order to create a low-cost flying drone. Actually, you could probably SEED a theater of war with these to get full sensor coverage. It would probably be much cheaper than deploying satellites.