When I had more than one person over playing video games as a kid we always ended up in an argument about who would change the video game when we wanted to swap titles. It usually ended up in stalemate with some of my friends and we would all just sit there starting at a game no one wanted to play because we were all too stubborn to get up and change the game. Ben Heck has solved this by modding (most of) a disc changer for the Xbox 360. 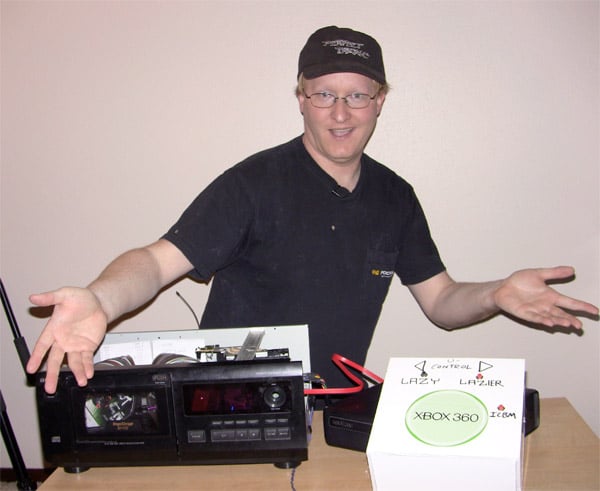 I say “most of” because Heck designed the main components of the system and left it purposefully unfinished to allow the viewer who wins the device in a contest to complete the works. If I won, I would never get the thing to work correctly. Heck gutted an old CD carousel and has the enclosure and software for the system written already. I’m not sure what that would leave the user to finish.

The completed project will hold multiple video games and automatically swap the titles for you using a remote. Apparently, the device has some sort of mechanism to slip the discs into the Xbox 360 as well. I’d really like to see the finished product work to get an idea what all this thing entails.