While wearable TVs are things that are usually seen in science-fiction, Dave Forbes decided to make his own 60″ TV in the form of an LED video coat. It looks pretty fascinating, though it could make a good portion of the population queasy looking at all of this motion while somebody is wearing it. 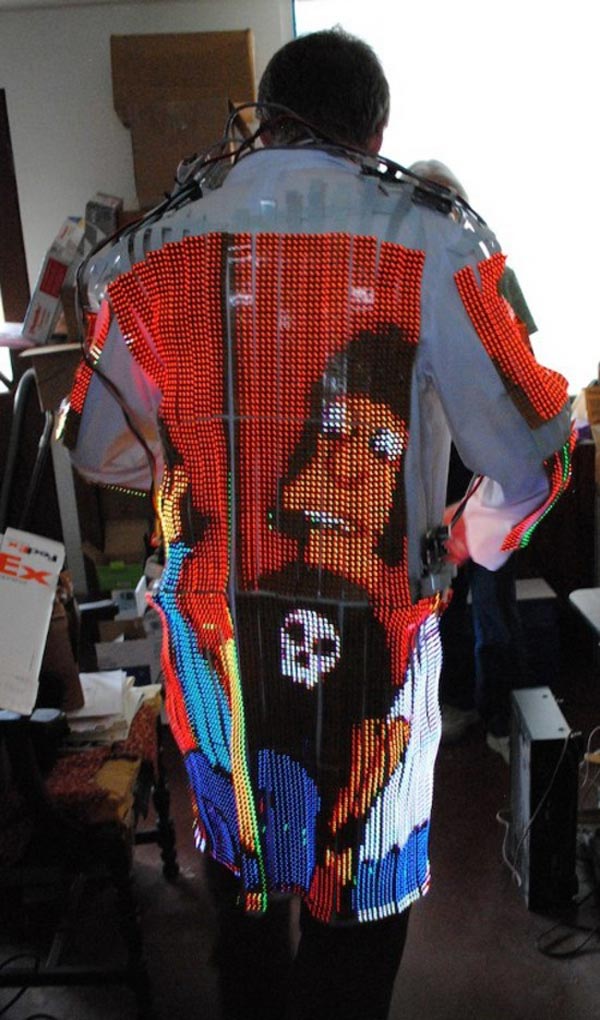 The LED TV Coat has only got 160×120 resolution, so it won’t beat your HDTV, however it’s wearable and portable, so that’s definitely cool. Dave can pipe video into it through an iPod or media player, and the whole thing is powered by a 12V battery. It’s made up out of a bunch of flex boards with LEDs on them, connected by ribbon cables, then hot glued to the coat. A digitizing board converts the video signals into RGB serial data streams to generate the LED images.

Dave built this coat to wear to Burning Man, where he’ll probably try to do some mass hallucinations. For now, you can catch The Simpsons being streamed on his LED TV coat. 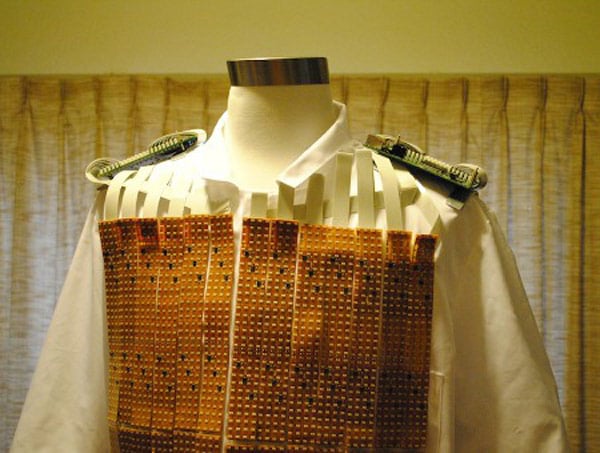