I see all sorts of cool projects that geeks come up with where they use LEGO as the medium to build. Even though it comes in a kit, the LEGO Imperial Shuttle is one of my favorites. It’s rare to see an art project where the LEGO bricks themselves are the project though. Over on Etsy you can pick up some strange LEGO bricks that are made from concrete by Tara Ketchum of studio1015. I’m not sure why you would want some concrete bricks, other than the fact that they look cool. 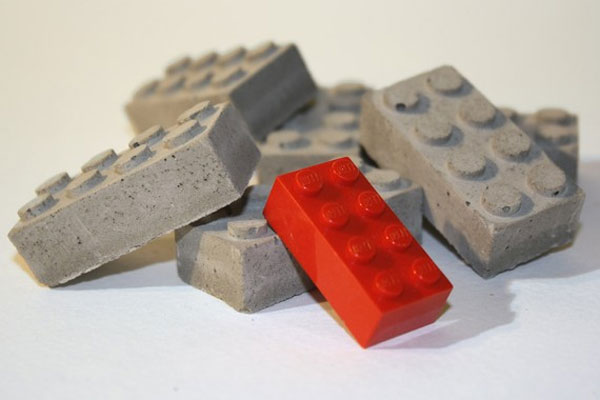 It would be cool if the bricks were larger and you could build big things from them. These little concrete Building Blocks are actually the size of a normal 2 x 4 LEGO brick making them very small. The little bricks are 1 5/8″ x 3/4″ x 1/2″ and they come in sets of six. I wonder if the back of the block has the divots in it for the nubs on the top of the block to sit. It looks like there should be from the way they neatly stack here: 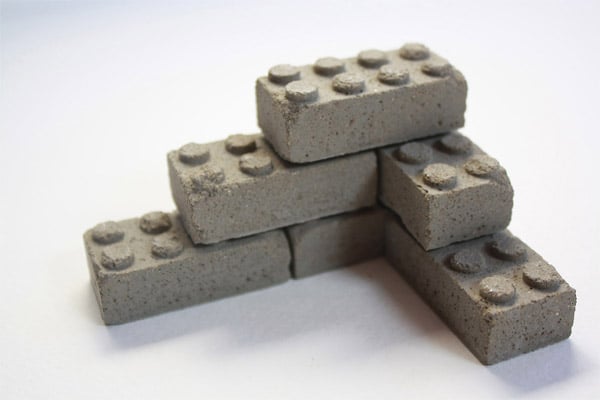 The designer notes that since they are made from concrete each will have a different color and texture. Each set of six blocks will cost you $8.50 with $5 for shipping, though they’re currently sold out.