Unless you have good reason to know what a trachea is, it might be new word for you. The trachea is the part of the human body most often referred to as the windpipe. A 36-year-old man has become the first person to successfully have a trachea transplant using a synthetic trachea grown from a synthetic scaffold seeded with his own stem cells. 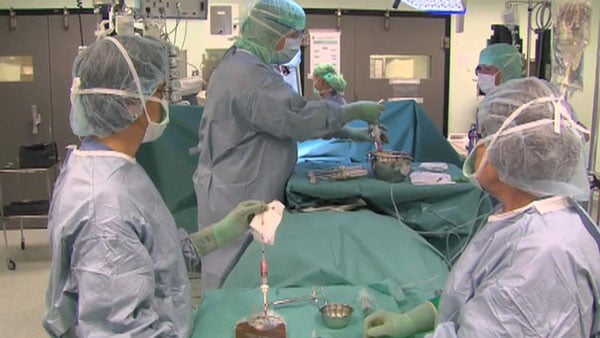 The patient had late stage cancer in his trachea with a tumor that continued to grow. There was no suitable donor trachea available so the docs at Karolinska University Hospital in Huddinge, Stockholm, by Professor Paolo Macchiarini, of Karolinska University Hospital and Karolinska Institutet, and colleagues grew and implanted the world’s first artificial trachea for the patient. The cool part is that since the artificial trachea was made from his own cells there was no rejection and no immunosuppressive drugs were needed.

The synthetic scaffold was seeded with the donor stem cells and then grown inside a bio-reactor for two days before being implanted into the patient. So far, there have been no complications after the surgery. The team also thinks that this procedure would be particularly important in the care of children since donor tracheas for kids are rare.