A little while back we talked a bit about the very cool looking Kyosho iOS controlled helicopter from Japan that had surfaced. The thing reminds me a lot of the Parrot AR.Drone in a smaller and cheaper form. The toy surfaced at the Tokyo Toy Show and if you wondered if it would be heading to the US, it seems that it will indeed. 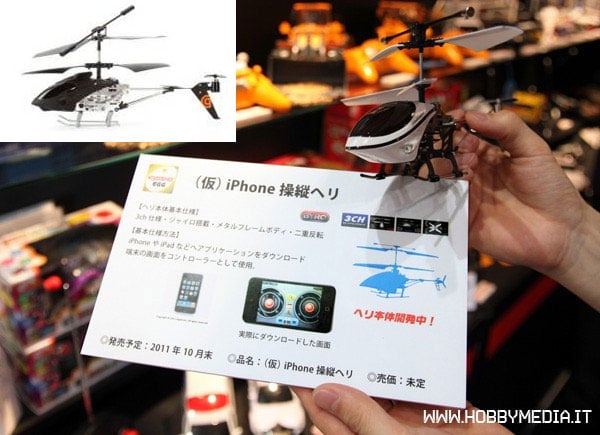 From the looks of it when the Kyosho copter lands in the States, it may be branded as a Griffin Technology offering. The toy is dubbed the Helo TC and it still looks awesome. The white rectangle with the copter is the Griffin unit and the larger image is the Kyosho copter, and they sure look similar to me. The copter is controlled using an app that is included for your iPhone. You can fly the toy all around your home with the smartphone.

This one also has LED lights on it so you can see the copter as you fly around in dim rooms. I have played with toy helicopters that look like this before with a normal remote control and they fly surprisingly well and are generally robust.  The Helo TC will sell for about $56 (USD) when it lands, and should arrive in time for Christmas.