I’m sure some of you still remember Rob Spence and his Eyeborg project, which aims to develop a video camera that fits in a prosthetic eye, effectively substituting for the one Spence lost when he was a kid. Now, a woman named Tanya Marie Vlach wants the exact same thing and is hoping you could help her. 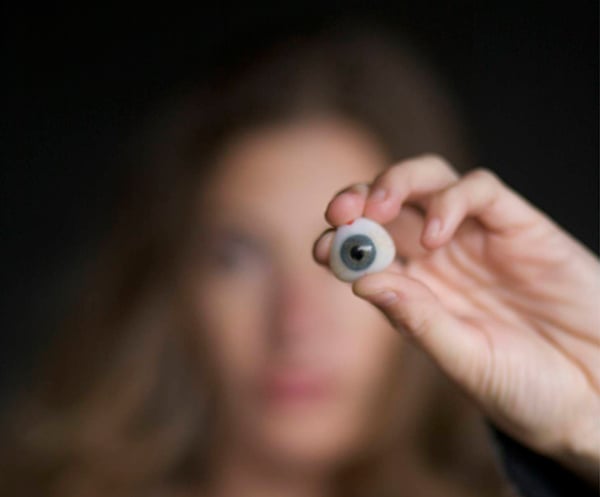 Vlach lost her left eye in an accident back in 2005. Ever since then, she’s been asking for help and looking into possible ways of regaining her sight. She now has a tentative design for a digital cam-equipped prosthetic eye, which she hopes will be able to take 720p video at best, has a wireless transmitter, 3x optical zoom and MPEG-4/H.264 recording, among other things.

But becoming a cyborg costs money, and that’s where you come in. Whereas Spence fitted his eye socket with a glowing LED to gain publicity (and thus help), Vlach chose a more current route: Kickstarter.

Vlach is hoping to raise $15,000 (USD) by August 3.  As always, backers will get freebies depending on the amount they pledge. Visit her Kickstarter page and pledge if you want to be part of her groundbreaking project.

I’m not sure if Spence has already succeeded with his project, but if not it would be awesome if he and Vlach could team up and share information and promote their common goal as one. Mr. & Ms. Eyeborg – imagine the publicity that would generate!