Star Wars-themed Lamborghini Murcielago Goes From Here to Far, Far Away in 12 Parsecs

Okay maybe it’s not that fast, but I dare you to show me geeky car that can go faster than this bad boy. Shane, I see your H-Wing Honda and raise you a Lamborghini Murcielago. The Star Wars-themed vinyl wrap was done by SS Customs for Team Golden Empire. 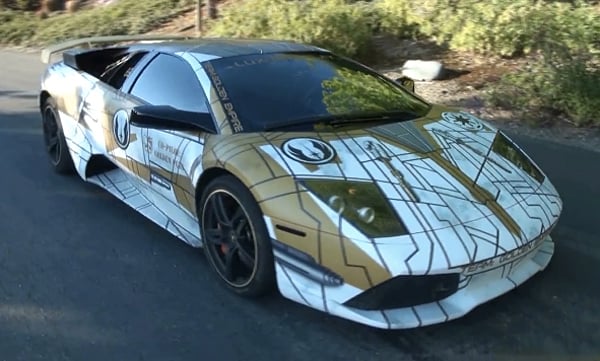 The Murcielago LP-640 was used by Team Golden Empire in the goldRush Rally 3, which from what I can understand is a luxury rally tour event for high rollers to show off their cars and party in various high-class locations across America. Sounds awesome. Here’s a video of the geeked-out Lambo, courtesy of Brian Zuk:

The Internet seems to be divided with this customization. Some say that the Murcielago was ruined, others say it looks nice. What do you guys think? Should SS Customs start a Geek My Ride show?