From Trashcan to R/C Android ‘Bot

I think the Android OS is pretty cool and I like the ecosystem of devices that Android spawned. I have seen more than a few robots and toys that look like the little green Android mascot over the years since Android launched. The latest Android mascot comes from a guy in Taiwan and he used a trashcan to start the construction. 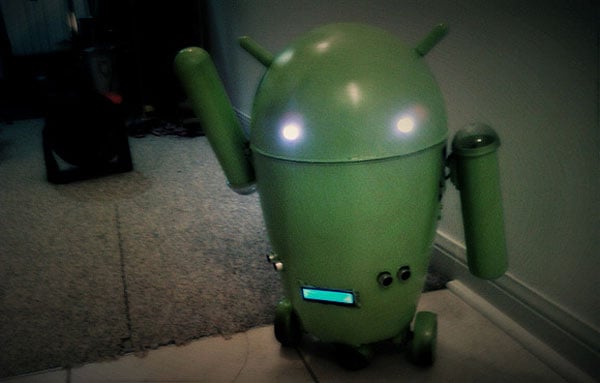 The trashcan was painted green and he had to tweak the lid by gluing the flipper part down and apparently sanding the old gap smooth. The RC Android bot is powered by an Arduino board and it is controlled remotely by a joystick of some sort. The little bot’s belly has an LCD that can show different messages.

Inside the trashcan is where all the inner workings are hidden. The ‘bot is powered by a rechargeable battery that charges via a USB port in his shiny green butt. The eyes are made with green LEDs and its arms can be moved remotely as well. Watch the horde of videos below to see the bot in action.

Check out the photos at M.I.C. Gadget to see the whole build process and some of the cooler ones in the gallery here. 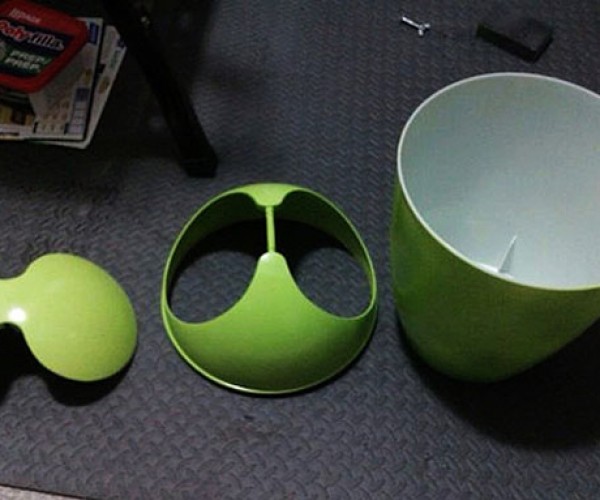 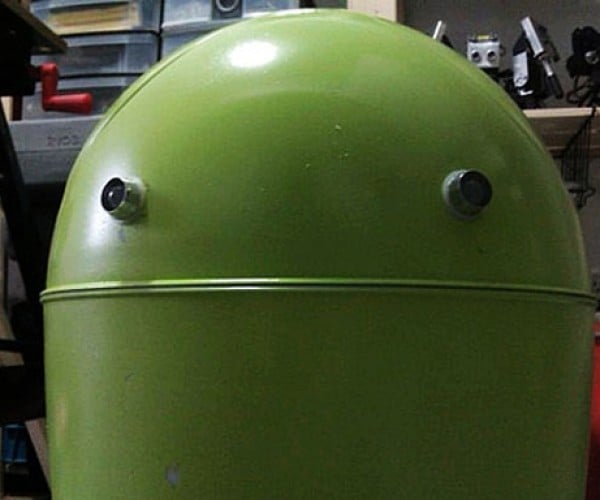 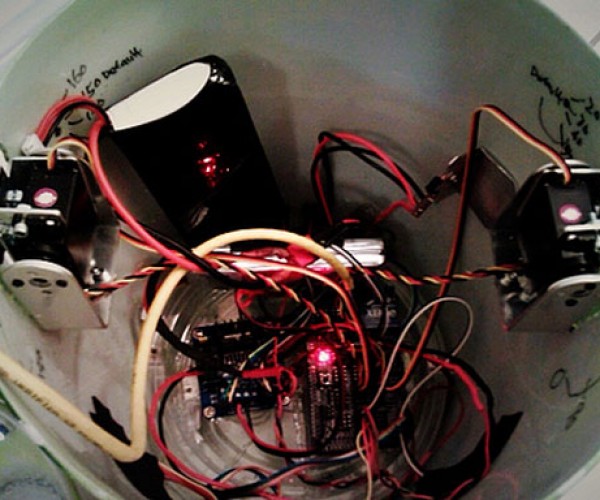 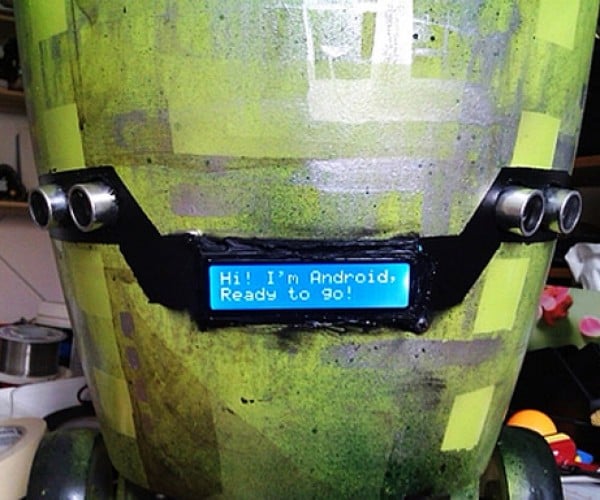 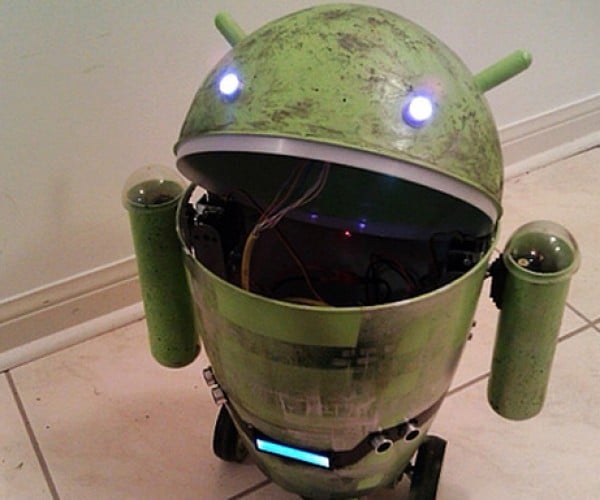 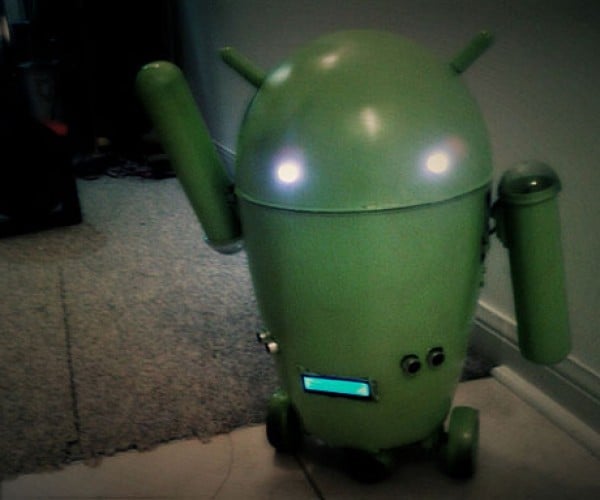 [via Android Community via Phandroid]