It was a strange sight on London’s Westminster Bridge when people saw Daleks rolling about, getting ready to exterminate everyone. The procession included four generations of Daleks, showing how the mutant creatures had evolved during the years. 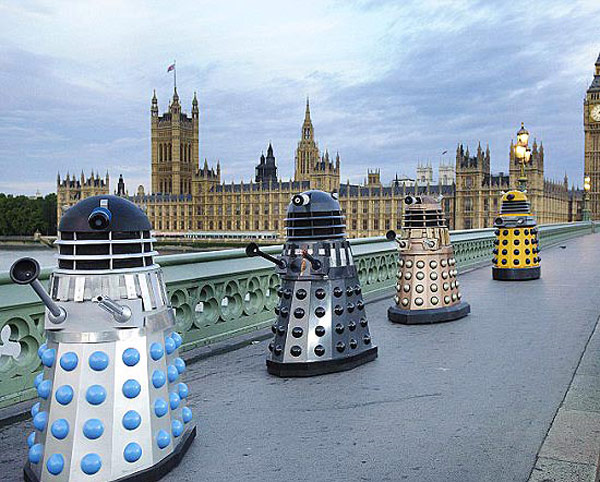 The top photo commemorates a classic scene in a 1964 episode that featured the Daleks invading London. 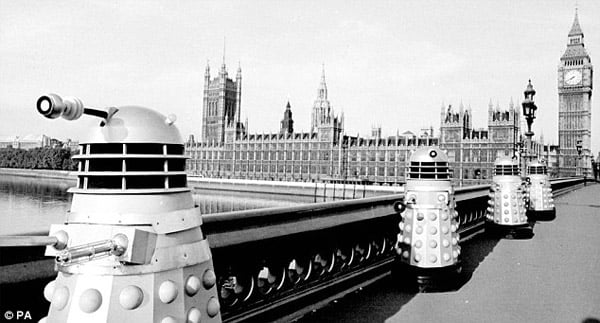 Those pesky mutants in their robot vehicles have been mistakenly thought as cyborgs, but they aren’t! They’re mutants! Steven Moffat announced recently that the Daleks were being retired from Doctor Who, much to the chagrin of many.

There are now various Dalek models on display at The Doctor Who Experience exhibition in London’s Olympia until this November.