Dawn Spacecraft in Orbit around Vesta Asteroid, Bruce Willis Not Involved (Yet)

I really like NASA and space travel. I sincerely wish that Obama and others in Washington had left NASA with the money to actually send humans to continue to do some of the adventuring. NASA announced over the weekend that after four years and 117 million miles the unmanned spacecraft Dawn has entered orbit around the Vesta asteroid in our asteroid belt. 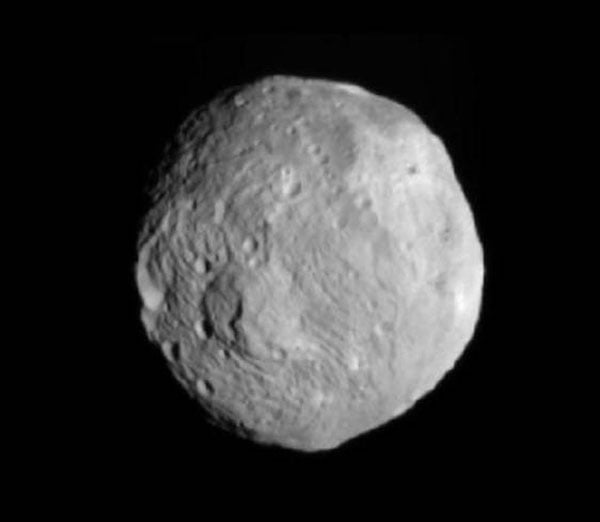 The Dawn spacecraft will continue to orbit and study Vesta for the next year. Among the things that the scientists on the project hope to figure out is why the asteroid is so bright. After studying Vesta for a year, Dawn will take off and head towards the biggest asteroid in the belt called Ceres.

Vesta is as large as the state of Arizona at 330 miles wide. Some astronomers consider Vesta a protoplanet. Ceres makes Vesta look tiny at 590 miles wide. Ceres is considered a dwarf planet. The good news is that Steve Buscemi and Bruce Willis are still around so if Ceres ever heads towards Earth, we can spirit them up there with some nukes and an oil drill to blow the asteroid up.