Last time we heard from a robot band, they were known as the Bit-52s, and they were playing Rock Lobster. But if that was too bubble-gum for you, here’s something with a little more of an edge – a robot band taking on Marilyn Manson. 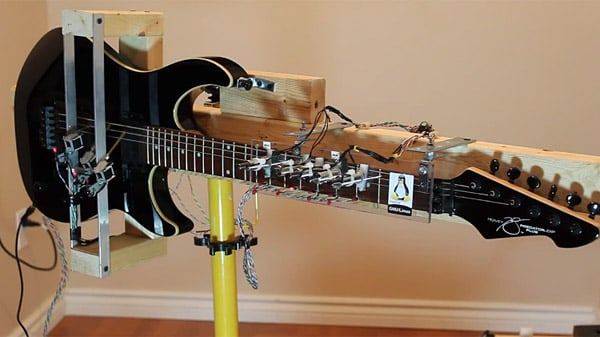 Known as the EOL Robot Band, this particular group of rag-tag electronic musicians includes a robotic cello, electric guitar, drummer, and the always popular flat-bed scanner. So without further ado, ladies and gentlemen, I give you the EOL Robot Band, with their cover version of The Beautiful People.

It’s good to know that robots can really rock out if their set their minds to it.