If you follow space related news, you know that the shuttle fleet has been officially retired and for most of the coming years American astronauts will hitch a ride on Russian spacecraft to get to the International Space Station. NASA has now announced that it has signed an agreement with the United Launch Alliance to figure out a way to adapt the giant Atlas V rocket to shoot astronauts into space to meet with the ISS. 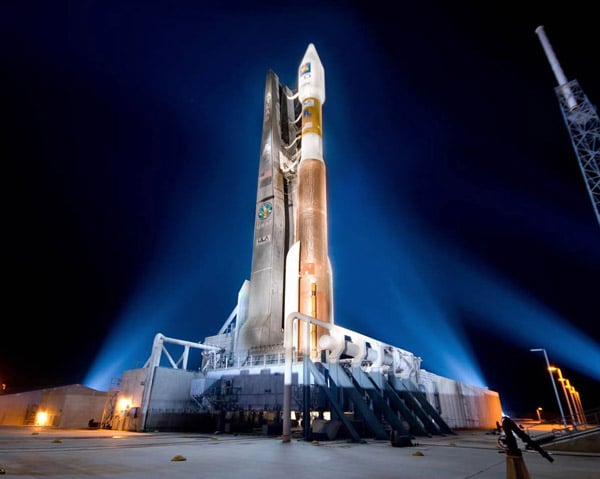 The ULA is a joint venture between Boeing and Lockheed Martin and is designed to make it cheaper to send things into space. The agreement will see NASA and the ULA working together to tweak the Atlas V to work for launching people into space. It will take at least four years to get the rocket ready it seems.

The Atlas V has been chosen by several companies already to launch payloads into space. ULA’s main competition in the new space race is SpaceX. SpaceX announced recently that it broke ground on the facility needed to launch its larger and more powerful Falcon Heavy rocket.