I have seen just about everything made out of LEGO over the years from my favorite Sci-Fi characters to giant warships and just about everything in between. A geek has taken LEGOs and used them to make something that I could really use in my house. I lose everything. Generally, it’s my wallet that I lose, but I am guilty of losing keys too. 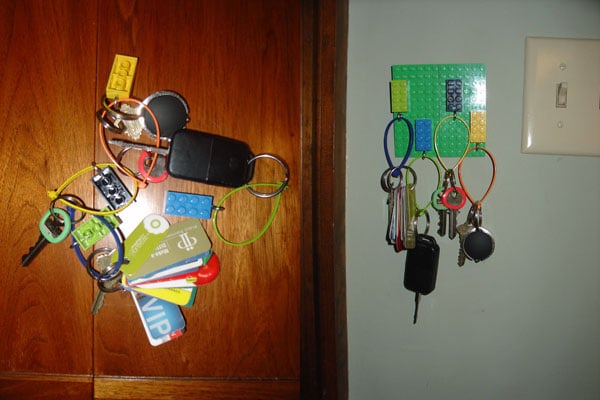 He then screwed some eyehooks into the standard 2 x 4 LEGO bricks. Once those eyehooks were in, he threaded wire ties through them and around the key ring. The finished product is a key hanger that uses the LEGO bricks to hang keys on the wall. This is a very simple, yet geeky solution to a common problem. I guess I could glue a brick to my wallet and hang it on the walk in this fashion.